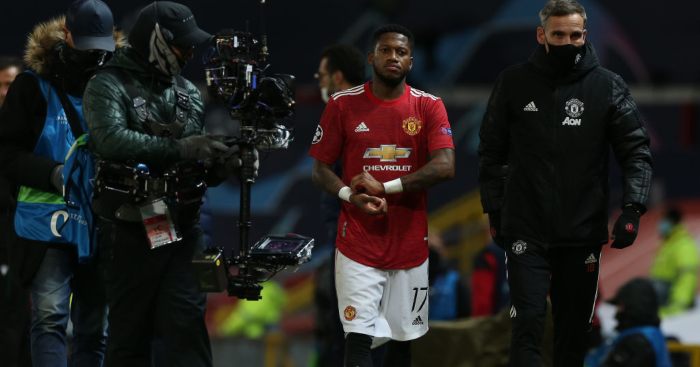 Manchester United boss Ole Gunner Soulscare considers Fred to be “very sensible” in the second half against Paris Saint-Germain.

They started the Champions League Group H in such a shocking way that last season’s semi-finalists R.P. Leapfrog failure should be avoided.

If United had scored a point in the last 16 they would have sealed their place with a match Against PSG on Wednesday – They were definitely after Marcus Rashford’s diversionary strike canceled Neymar’s starting player.

Comment: Soulscare and Man United are trapped in a vicious circle

But after Marquinhos pushed the crowd back, the moments sent by Fred left the hosts with a mountain to climb, and Neymar returned home at the stop They won 3-1 at Old Trafford.

After a frantic encounter between United, PSG and Leipzig in the final at nine points, Soulschair’s decision to pursue Fred proved costly.

It appeared Brazilian midfielder Leandro Parades would receive a red card in the first half for a header, but was shown only a yellow card despite referee Daniel Orzado reconsidering.

Fred was then lucky enough to avoid making a second reservation in the first-half challenge with Parades, but was eventually given his march orders in the second period – in which case he could count himself unlucky.

“We talked to him half the time – be discreet – I thought he was. I thought he played well,” Soulscare told reporters.

“In the second half I thought he’s very, very sensible, he’s covering the floor, he’s getting up to the men without trying to deal with it. He’s really getting a yellow card, coping, it’s nowhere near a fault.

“It simply came to our notice then. You can’t, I can’t just sit there now and complain about it. I thought Fred was unfortunate there, but he was lucky enough to land in the first half. ”