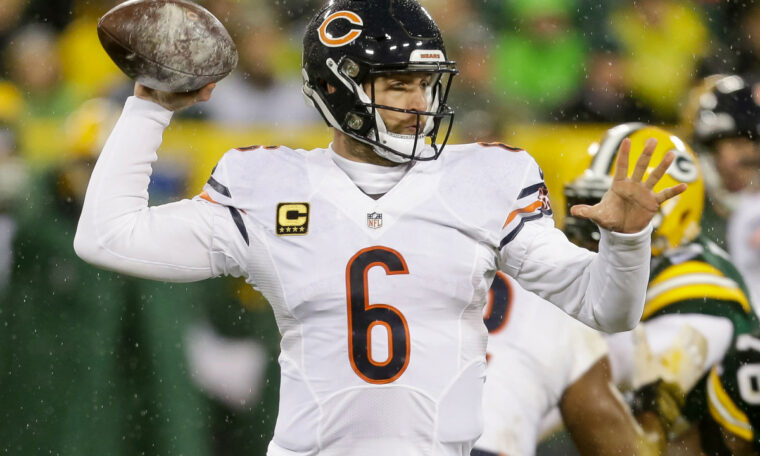 As we approach three months without live team sports, journalists are working overtime to generate content for the rest of the media to discuss. CBS Sports recently did its part by releasing its “Franchise Five” series, lists of the five most impactful players in the history of each franchise.

the Chicago Bears list released On Tuesday, and considering they are the oldest team in the NFL with a record number of Hall of Famers, the roster would surely be full of NFL legends, icons, and greats. But after George Halas, Walter Payton, Dick Butkus and Brian Urlacher, the fifth entry on the list was … Jay Cutler?

Yes, CBS decided to include “Smokin ‘Jay,” who became one of the most polarizing figures in Bears history during his recent eight-year career with the team. Cutler holds the franchise record for touchdowns and yards, but never made a Pro Bowl with Chicago and became the butt of many jokes due to his seemingly nonchalant attitude (to put it mildly).

Cutler made the list on Mike Ditka (a Pro Bowl player and Super Bowl-winning coach for the Bears), Devin Hester (who holds the NFL record for return TDs) and a host of other legends who They include Richard Dent, Mike Singletary, and Gale Sayers. Cutler was certainly underrated and much better than the variegated QB team the team has had in recent years, but it seems an overstatement to list him as one of the franchise’s top five most impressive players.

The “Franchise Five” rules stated that each team must have a quarterback, but what about Sid Luckman? In his 11 seasons with the Bears, he led them to four NFL championships. Luckman revolutionized the quarterback position in the 1940s, with a sports journalist who called him the “first great quarterback in T-training.”