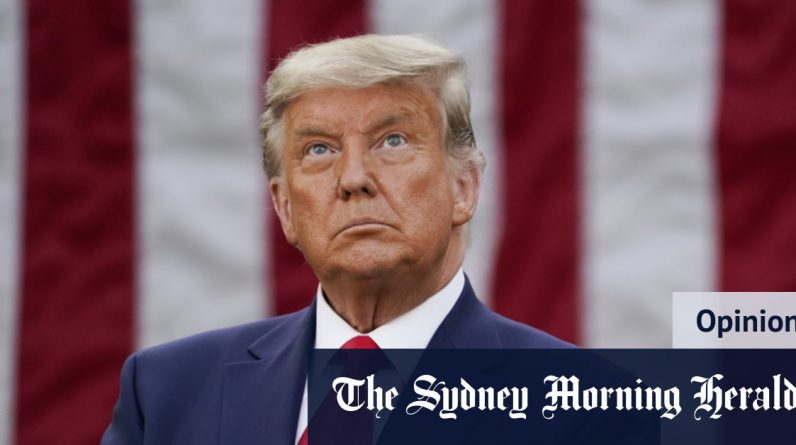 Tom Donohue, the longtime chairman of the U.S. Chamber of Commerce, is very responsible for transforming the business community from a centralist post to a staunch ally of the Republicans. He was there, however, last Thursday, sending a statement to the news website Axios in support of Biden. “Vice President Biden has been very much elected as our next president and it is time for change to continue,” Donohu ​​said.

CEOs obviously don’t like certain things like getting into politics. Posting any statement will inevitably upset customers – or at least customers who disagree. Conservatives have called for a boycott of the shoe company after Nike created an advertising campaign around former professional quarterback Colin Kabernick, who sparked a movement to decide to kneel during the national anthem. Just last month, Trump’s opponents called for a boycott of the Goya diet, with its CEO, Robert Unanu, appearing in Rose Garden and saying the United States was “truly privileged” to bring Trump to its presidency.

Three weeks after the election, more top executives than Republican senators and delegates have acknowledged the election of the president – and called on the Trump administration to begin the transition. As soon as the Associated Press called for an election for Python, the business circle greeted the “incoming Python administration.”

CEOs are realists; If they don’t, they won’t have a job. They can see that Trump has no chance of overthrowing the election and that soon they will handle a new democratic administration. But going to the right side of the Biden team is not the main reason they talk. For them, there are two more compelling reasons.

The first is COVID-19. The business community is just as focused on the epidemic as everyone else – perhaps because of how the virus has affected their operations, employees and profits. Eight months after the crisis, mass layoffs are taking place, with no new recovery package from Congress. While some businesses like Amazon.com have thrived, there are still many disasters, especially airlines and hotels. CEOs fully understand that the economy will continue to suffer until the epidemic is over.

They also understand that Trump’s refusal to agree and begin the process of change will not solve the epidemic. They know how urgent it is for the Biden Transformation team to be involved in the plan for vaccine distribution. They want to see presidential leadership in matters such as wearing masks, distributing safety equipment to hospitals, and carrying out other activities. CEOs are pushing for change to begin because it is important for the short-term future of their companies. They believe the urgency of their statements will push Republicans to press the president to begin the transition.

But there is another reason. Most CEOs are patriots. Once it became clear that Trump was going to try to overturn the election results, several dozen CEOs held a zoom meeting led by Jeffrey Sonnbelt, a professor at the Yale School of Management.

“Their concern was to stay away from the rankings,” Sonenfeld told me. “Yes, they do not want Trump’s actions to destabilize markets, but most importantly, they do not want a split labor force or a split customer base.” They cared about their companies – but they also cared about their country. Axios described CEOs as an example of “filling the DC leadership vacuum.”

See also  ABBA is displaying their digital copies, which will be staged to replace them during their world tour

In some ways, Biden is going to be better for business than Trump – delivering more consistency and less about faces and surprises. In other words, he will be tough. He will seek higher corporate taxes and increased regulations. But everything can be tackled after January 20th. For now, business needs to get out of Trump’s way, and CEOs are not afraid to say so.

Joe Nocera covers a Bloomberg comment columnist business. He has written business columns for Esquire, GQ and the New York Times, and is a former editorial director of Fortune magazine. His latest project is the Bloomberg-Wonder Podcast ‘The Shring Next Door.’

Start the day with key stories, exclusive coverage and expert feedback from our leading business journalists delivered to your inbox. record The HeraldHere And AgeHere.