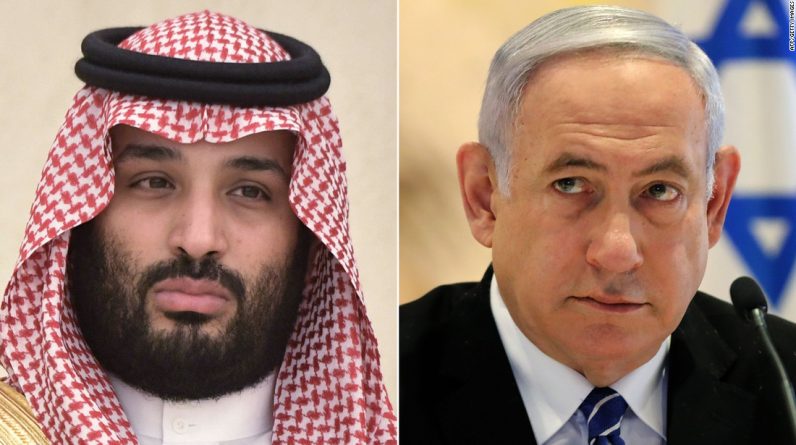 “The existence of the crowd, it was made public, even though it is now half-official, [is] That’s the decent thing to do, and it should end there. “

US Secretary of State Mike Pompeo was also in Israel two days later in Nyom as part of his swing through the region.

The Israeli and Saudi governments have not officially commented on the meeting, which was first announced by Barak Raveed of Walla! News and Axios. Netanyahu joined Mossad leader Yoshi Cohen, who led efforts to normalize relations between Israel and the Sunni Gulf states.

According to air surveillance websites ADS-B Exchange, FlightAware and others, a private commercial jet frequently used by Israeli authorities monitored flights from Israel to Saudi Arabia and the city of Nyom. The plane returned to Israel a few hours later.

The meeting is the first event between the Israeli Prime Minister and the Saudi Crown Prince, just months after the United Arab Emirates and Bahrain normalized relations with Israel. Bahrain had Saudi approval for the move because of the small kingdom’s credibility and closeness with Saudi Arabia.

Shortly before the plane’s departure from Israel, Netanyahu also predicted a series of changes in relations with the Gulf states.

Speaking at the memorial service for Israeli First President David Ben-Gurion, Netanyahu said, “Following the peace agreements with Egypt and Jordan, recently, within six weeks, we have entered into three new peace agreements and normalization agreements: with the United Arab Emirates, with Bahrain, and with Sudan. If we continue on this path of strengthening Israel’s power, and strengthening relations with the moderate Arab world that are moving towards stability and progress – we will see more Arab countries expanding the circle of peace. “