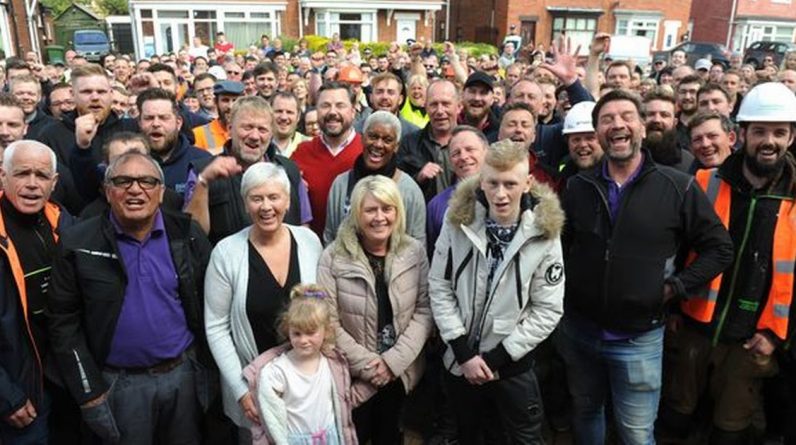 In the episode of DIY SOS, a team of Skegnus electricians help to change the house of a Scundorb family affected by the tragedy.

The show, which airs tonight on BBC One, appears to be a complete renovation of the house of the Blanchard family who suffered two tragic deaths while living at home.

In 2007, seven-year-old Natasha died tragically after being hit in the head by a mini motorcycle in a family garage.

It was Mum Caroline who was left alone to take care of their son Reese and daughter Pike, which meant she could not be on top in maintaining her house.

More than 300 local builders and businessmen participated in the project to help transform Blanchard’s family home, which includes a team of electrical experts from Skagnes.

Wayne Father, along with two other electricians working for Wayne’s company WAF Electrical, applied after seeing what was advertised on social media as part of the project, saying it was an incredibly emotional experience.

The 41-year-old said: “Four teams of electricians participated and we were there during the project.

“We went to the first fix before the cameras were on, and then they went back to the second and third fix in the shoot.

“In some ways it’s hard to stop and start shooting, so it takes longer than work.

“But being part of it was a big thing, it was very emotional.

“It’s just like being on TV, where there’s a great friendship between everyone in the program.

See also  Australia. Two years later they found a successful ticket for $ 100,000 in their closet

“We have developed good friendships with some of the other traders we met at the project.

“It feels like everyone is there for the same reason. It’s a very healthy experience.”

We hope the DIY SOS team will completely redesign the home for the family, removing the daily reminders of what they lost and making their lives better.

The loss of Paul and Natasha by Caroline and Reese speaks volumes about the impact on the family.

Transforming the house, garden and garage completely in five days is one of the biggest and most serious projects the team has worked on.

DIY SOS: The Big Built airs tonight on BBC One at 8 p.m.