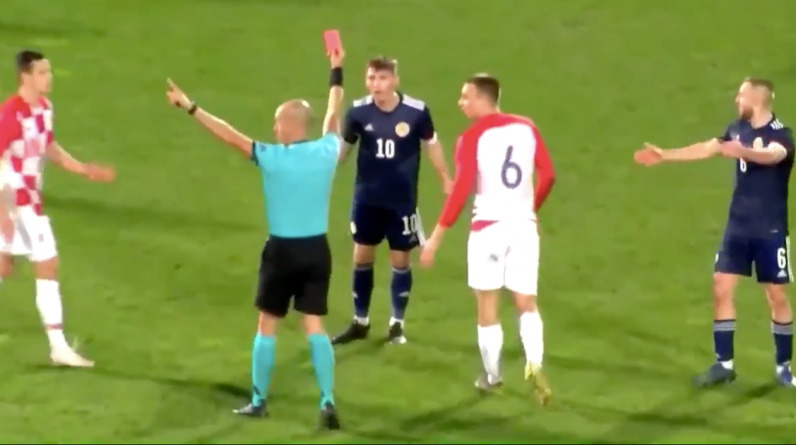 It didn’t take long for Chelsea to return to action with the miraculous Billy Gilmore four months later.

The midfielder has been sidelined for the Blues since July this season after being sidelined due to a knee injury, which ended his progressive 2019/20 campaign earlier than expected.

Gilmore has been heading in the right direction for the past month, having attended several first-team training sessions with N’Colo Conte, Jorkinho, Guy Howards and Timo Werner.

The video will play automatically shortly8Cancel

After being named in the Scotland Under-21 squad for the November international break, the 19-year-old said he was ready to make another big move to join Chelsea in the coming weeks.

Croatia flew to the park on Thursday evening for a crucial UEFA U21 European Championship clash.

Gilmore was included in the substitutes thanks to a 2-0 half-time lead thanks to goals from Niccol Moro and Christian Bistrovic.

Glenn Middleton reduced the deficit to nine minutes in the second half, and after hours of identification Gilmore was introduced into action in an attempt to get the young Scots back on a level basis.

Gilmour ‘s night would end seconds later when Connor McLennan grabbed the equalizer in the 70th minute to make it 2-2 for the hosts.

At the first appearance of the season, the teenager was shown a red card, following which he spoke to a referee.

As expected, Gilmore’s posting has provoked a huge reaction from Chelsea fans on social media.

Every football.London Chelsea Bulletin, we bring you the latest news, exchange features and commentary pieces and key talking points for fans.

You will not miss a single thing when it comes to Chelsea.

We also send out special newsletters when big stories break or when a special event happens.

Type in your email address in the box at the top of this article – or indeed any article in the Chelsea section of Football.London – titled ‘Get the Greatest Daily Stories by Email’ and click ‘Subscribe’.

If you later decide you no longer want to receive emails, follow the unsubscribed link in one of the newsletters – but we do not think you will.

CFC_Raf Said: “Billy Gilmore gets a red card for under-21s in Scotland so he can return to Chelsea early, which is always the best for me.”