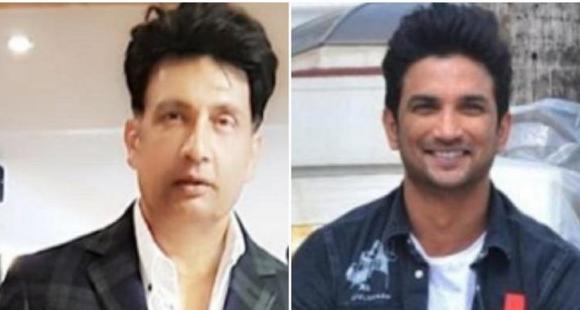 As the big results of the Bihar elections 2020 await, Sehgar Suman is showing his support for RJD leader Tejashvi Yadav. He supported the young leader and hoped that he would help in the trial of Sushant Singh Rajput’s death.


Currently, the Bihar Election 2020 war is going on and the people of the state and country are waiting to know who will be the next Chief Minister. Meanwhile, some time ago, RJD leader Tejashvi Yadav took the lead in line with the early trends, during which time Sehgar Suman expressed his support for the young leader. Sehgar Suman, who spoke about the Sushant Singh Rajput case from the beginning, took it to his social media handle and hoped that Tejaswi Yadav would win the election.

Not only this, Sehgar believed in his tweet that if Tejaswi Yadav is elected as the ‘junior chief minister’, he will actively pursue the death case of Sushant Singh Rajput. He even revealed that Tejaswi Yadav was the first person he met about Sushant’s case when justice began to be served on the late actor who died at his home in June 2020. The actor has been raising his voice for justice for the late actor and started a forum for fans from the very beginning.

Sharing his thoughts, Sehgar wrote, “Tejaswi Yadav has the biggest lead in Bihar. He will be the next and junior chief minister. The case is going on harshly.”

Tejashvi Yadav has a big lead in Bihar. He will be the next and the youngest first.

Sehgar has been tweeting for justice for the late actor, and recently, he asked everyone to remember Sushant in their memory on the occasion of Diwali. Not only this, in the midst of the CBI investigation, Sehgar continued to share his views on the facts that came to light and raised questions on them. Meanwhile, the results of Bihar Election 2020 are still waiting in the state.