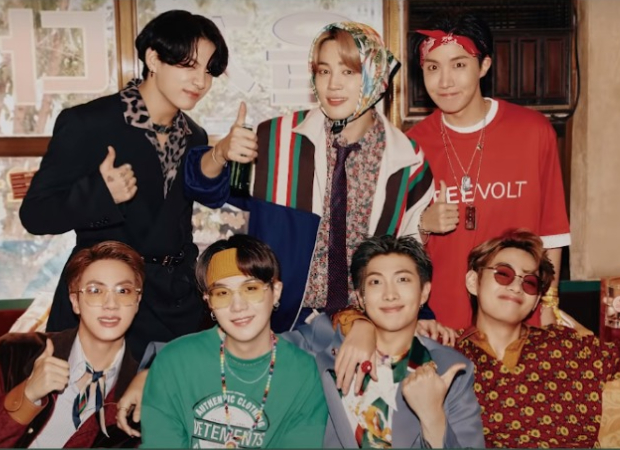 PTS goes retro! Retirement from a full week ‘BE (Deluxe Edition)’ Contents have dropped the greeting spot for the September 2021 season, which is the happiest thing you will see this Monday.

The record-breaking single after disco-fever ‘Dynamite’, Members of the popular band have gone down the memory lane and brought iconic looks from old times in this retro-themed video. RM, Jin, Suka, J-Hope, Jimin, V and Jungook have nicknames on their way to fashion icons and video. Answer It feels like we saw in the 1988 series, but meets the BTS-esque – Reply series ‘Baldoconson’? “From Seoul, Kangwon to Gyeongsangdo, from Chungxiongto to Giolado“They play in the background when they come to a tea / coffee shop. Also, can we talk about acting skills? First.”Tell them we’re here (what) / we’re cool“- What a vibration!

Fans who are familiar with the culture (BTS ARMY) have expressed various cultural references. The nuances placed in the video.

+ Pionia obovada (root), dried roots of Rahmania + Korean Angelica + Lavage + Cinnamon bark and Chinese licorice. It tasted sweet and bitter, and one of the most popular toppings was egg yolk (…) and pine nut. That’s why the yolk of an egg floats in Daheung’s tea …..

See also  Helene Sekara on Carter Belt and Corset, the singer panicked by her role in the movie