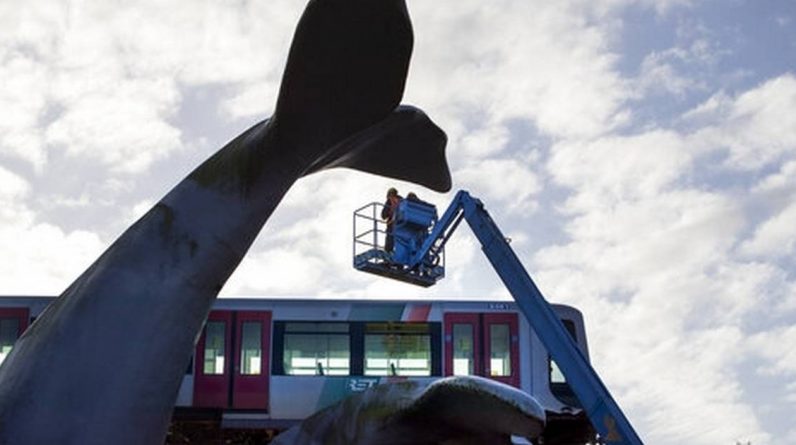 SPIJKENISSE, Netherlands – A security operation is underway Tuesday to lift a metro train that ran off a whale’s tail sculpture, where it landed after plowing at the end of a high-level track.

After falling off the end of a metro line at Spijkennes, a town on the southern edge of Rotterdam, the train was accurately balanced in a whale tail sculpture 10 meters (33 feet) off the ground on Monday.

The train was empty at the time and the driver escaped unharmed as the whale tail could not be caught.

Two large yellow cranes were operating together early Tuesday morning, first twisting a cable in front of the train.

The local conservation authority said the sculpture would be thrown away in the afternoon. The driver was interviewed by police on Monday as part of an investigation into the cause of the crash and was allowed to go home.