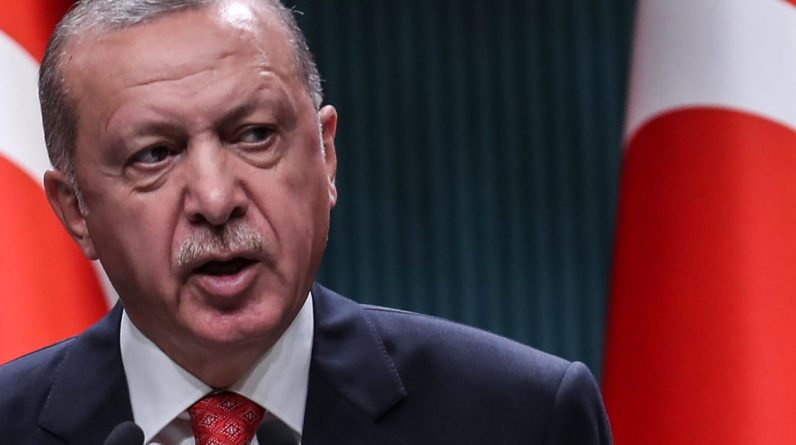 Turkish President Recep Tayyip Erdogan is taking legal action against Charlie Hebdo after the French satire magazine mocked him with a front-page cartoon on Wednesday.

The caricature depicts Erdogan in underwear, lifting the skirt of the woman wearing the helmet and exposing her naked back, while at the same time saying “Oh! Prophet.” Both figures show what appears to be alcohol, which is considered to be forbidden by the most notable Muslims.

Erdogan’s lawyer filed a criminal complaint with the Ankara prosecutor’s office on Wednesday, claiming the cartoon was “criminal slander” and “not closed by freedom of expression.” According to To state news agency Anatol.

Turkish prosecutors have already launched a press trial for “insulting the president” as a crime under Turkish law.

This sequence will increase tensions between Turkey and France.

Ankara has accused the French government of allowing Islamic phobia after the assassination of a French teacher who showed class caricatures of the Prophet; Erdogan insulted French President Emmanuel Macron and provoked a sharp backlash from European leaders when he called for a boycott of French goods this week. France recalls its ambassador to Ankara.

Directorate of Communications of Turkey Said Ankara will take “all necessary legal and diplomatic action” in connection with the cartoons: “Our war against these heinous, misguided and defamatory acts will continue until the end but with determination.”

Erdogan Wednesday Said He did not watch the cartoon because he “did not want to lend himself to such immoral publications.”

Meanwhile, the French government supports Charlie Hebdo – That “France will never abandon its policies and values, especially freedom of expression and expression.”

See also  The mother accused of four times the infanticide that was destroyed by science?