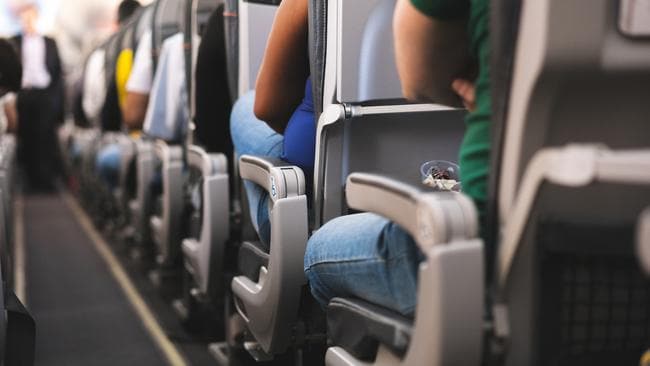 A woman in her 30s has died from Covid 19 after she had difficulty breathing while on a flight from Arizona to Texas waiting for departure.

This week the unidentified Garland woman had difficulty breathing in the tarmac waiting to depart on July 25, but today she was pronounced dead by the corona virus, the news agency WFAA reported.

The woman, who had health problems, was given oxygen, but eventually died on the runway.

It is not clear which airport she is leaving from or which airline she is flying back to Texas.

Dallas County Judge Clay Jenkins announced his death to local authorities Sunday, but only learned a few days ago that he had died of the virus.

Jenkins noted that the woman was infected with the virus while in Arizona, and said her case was “a reminder that there is no age limit in Govt.”

The woman, who was not thought to have been infected with the virus on the plane, may have passed the virus on to fellow passengers.

Earlier this month, the International Air Transport Association revealed how likely it is that passengers on a plane will contract COVID.

The presentation, which included independent discoveries by Airbus, Boeing and Embraer, used a complex computational fluid dynamics (CFD) to model the risks to passengers.

As part of the findings, the results of each aircraft manufacturer showed that passengers were at greater risk Lightning strikes more than COVID transmission on a plane