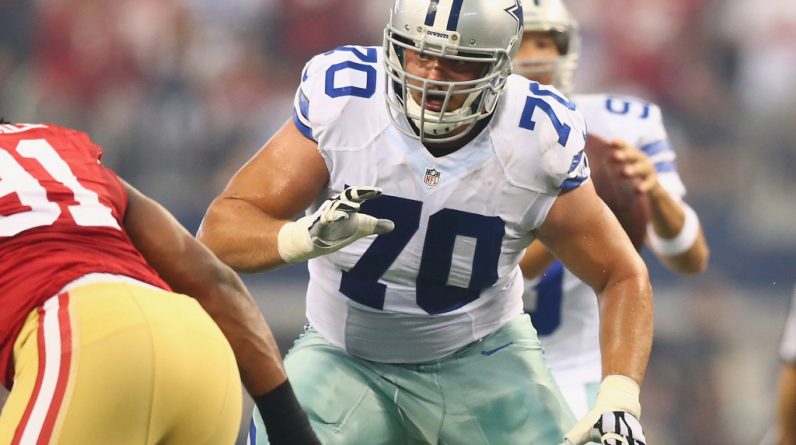 Life is getting faster for you. As the disgusting 2019 season came to an end, there were plenty of reasons for the Dallas Cowboys to be optimistic. It focused a lot on the attacking fort. A year later, Center Travis Frederick returned to play the entire season following an immune system illness. Loyal Collins emerged to the scene of a formal conversation between him and seven-time pro bowler Tyrone Smith over who is the best cop. Jack Martin has formed his sixth straight All-Pro team. 2020 is designed to be a huge year for Cowboys OL.

6th Week Fast forward to 2020, which is not on anyone’s mind. The offensive line is in turmoil and Martin lost the game due to a concussion during the club’s 38-10 defeat to the Arizona Cardinals.

The Cowboys say RG Jack Martin’s concussion was the only significant injury in the loss to the Cardinals tonight. He has entered the league’s protocol.

Smith and Collins are done annually. Frederick retired in March. After Martin left, the Cowboys were playing in the 2019 UDFA Brandon Knight left block and Williams left guard. Fourth-round player Tyler Biodas was at the center, playing for senior Joe Looney, who was injured. 2019 Third Round Selection Connor McGovern – who only played two snaps in the OL last week – came to Martin and played next to the 2020 UDF Terence Steel.

To make matters worse, Blake Jarwin, who was prevented from taking charge, missed week 1 with an ACL injury.

The line, of course, was a problem Monday night. QB Andy Dalton was tortured endlessly throughout the night, and this crime was fought to create any downward drama.

Dallas would not have signed on to Game Irving without a free agent, he would have been a swing tag. The club hoped to get him out of the IR, but he got sick before the game. Wat Miller and Mitch Hyatt were in mix during training camp, but injuries ended their season.

The Cowboys’ offensive line is in complete disarray going into the 7th week.

Week 6 Rooster Surne: The Cowboys have added 3 new faces to their list of 54