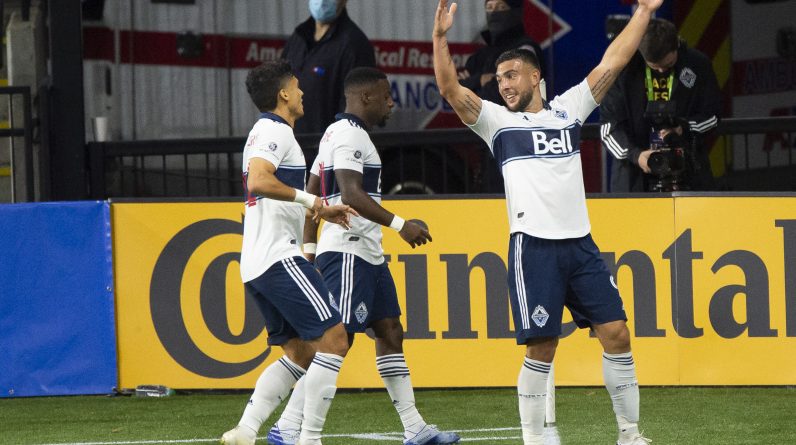 The Vancouver Whitecaps won for the second time in a row, beating star striker Lucas Cavallini 2-1 in a 2-1 win over LAFC in Portland on Wednesday.

The Westcopes now occupy eighth and final playoff spot in the Western Conference with five matches, and they are only three points behind LAFC in 4th place in the conference standings.

Vancouver got off to a strong start with two shots in the opening minutes of the match, maintaining that momentum until they scored the game’s opening goal in the 30th minute. From midfield, Freddie Montero sent the ball into the box towards Christian Dajo. Then, Tajom sent a square pass towards Gavalini, who hit the back of the net from a close distance. It was the highlight of a strong first half for the Whitecaps, who had nine shots and four goals.

With a team looking for a draw, and their first shot towards the goal LAFC started the second half. But that task was hampered when Cavallini scored a second in the 59th minute. The trio combined for the first goal and did the same the second time, with Dajom sending the ball to Montero on the right side of the penalty area. Montero then overcame Cavallini in front of the goal and stabbed it home 2-0.

LAFC continued to score a goal, however they struggled to record a shot towards the goal despite dominating. The opportunity to join the board came through an 83rd minute penalty kick, which was awarded after a handball infiltration by Vancouver’s Jake Nervinski. Caps goalkeeper Evan Bush made a save on Edward Attusta’s first attempt, but the kick was withdrawn due to a goalkeeper’s breach, and he scored on his second attempt.

See also  The NBA announces the creation of "NBA Africa"

However, despite their best efforts, no draw came from the LAFC as they lost their seventh match of the season, which was dropped in only four of the record-breaking matches in 2019.