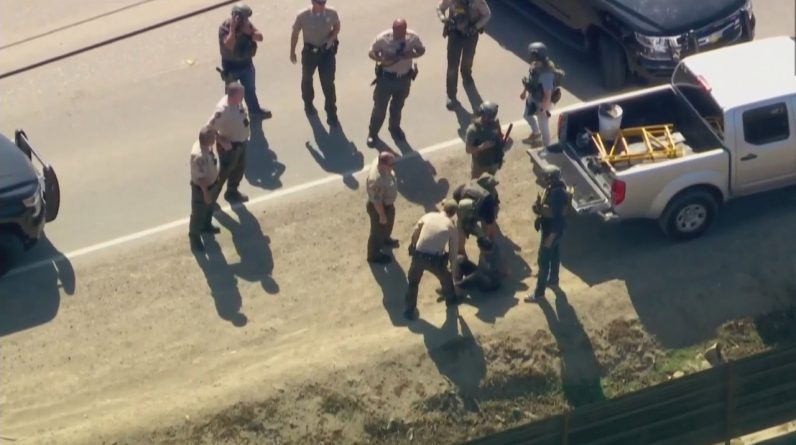 A man was arrested and remanded in custody following a shooting in Ventura County on Tuesday afternoon.

The truck driver parked in a parking lot near The Premanet in the village of Westlake and clashed with delegates about half an hour before leaving, an aerial video of Sky 5 showed.

The suspect was driving incorrectly on Surface Roads when he returned from the Highway at Thousand Oaks.

After stopping at an intersection, a Ventura County Sheriff’s office vehicle tried to put it in the driver’s box, but he ran fast after hitting an obstacle.

He continued to pave roads in the area, the aerial video showed. Soon, it appeared that there were no police vehicles chasing the suspect.

Officers were waiting for the driver at a meeting in a farming area near Camerillo, but he continued to avoid them. By then, several sheriff’s vehicles were on the ropes.

At 1:20 p.m., the driver was dragged near Laguna and Wood Roads, and deputies surrounded the truck.

The driver got out of the truck after trying to accelerate forward and was handled by an assistant, the aerial video showed.

He was arrested without further incident. It is not clear what the driver wanted in the first place.