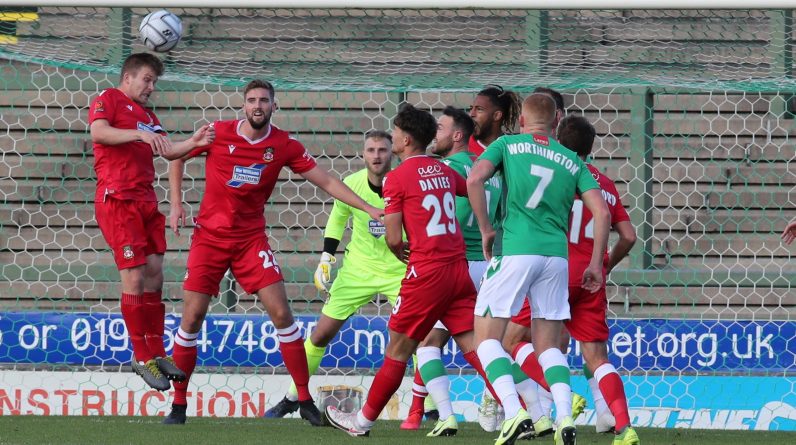 Guam Thomas scored the only goal of the game as he beat Down 1-0 at Wrexham Yo at Huvash Park.

Thomas reached the goal in the first half, which was completely dominated by the Reds and could have led to a big difference at the break.

One goal was enough as Rexham came back from a 1-0 midwick defeat at Solihull Moors.

Reds boss Dean Keats made a change from the side that started the loss on Tuesday, with winger Anthony Jeffrey returning to replace the uninvolved Jack Pickerstop.

But Don Jarvis has been named in the squad for the first time this season.

Five minutes had passed when Rexham created the first chance of the game, with Reese Hall-Johnson’s powerful drive back from keeper Adam Smith.

Luke Wilkinson’s long-range effort was conveniently saved by Rob Leyton at the other end, but Rexham took the opening run and the Reds took the lead in the 10th minute.

Hall-Johnson delivered the lower cross from the right, and Thomas was moved from the close.

Thomas went wide, and Jeffrey also failed with another setback to reach the goal as Rexham continued to take the lead.

Keats was forced to make a change in the 40th minute when Jeffrey, who was lively on the right, was injured and had to be replaced by Elliott Darrell.

It was an interesting first half scene and Rexham took the place they left at the start of the second period, wonderfully saved by Darlene Low Drive Smith.

The Clovers keeper was also on hand to knock out Luke Young’s volley, while Matt Worthington destroyed the bar with only a rare attempt to reach the goal for the hosts.

Jamie Record was taller and wider by another Rexham effort, but the Reds were given a warning following a good misspelling by Yeovil, with only Charlie Lee going to the bar.

In the counter-attack the striker took the lead and Paul Rutherford circled a square to Smith, but it was pushed wide and the goalkeeper was rescued.

Rexham escaped from a five-minute injury time to record a deserved victory.