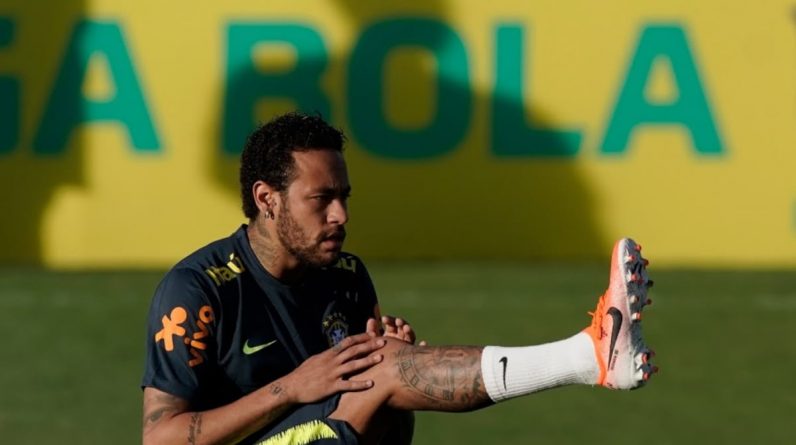 Brazil striker Neymar could put his hands on his back and kneel on the pitch during training to miss the World Cup qualifier against Bolivia.

Brazil striker Neymar withdrew from training on Wednesday with a back injury that could miss Friday’s opening World Cup qualifier against Bolivia.

Brazil team doctor Rodrigo Lasmer told reporters at a training ground in Teresopolis that Neymar had already begun treatment, but that it would be too soon to tell if he deserved the game at the Nyokimika arena in S பாo Paulo.


Lasmer said the next 24 hours will be important to see how he recovers.

Footage released by the Brazilian Football Federation on social media showed Neymar kneeling on the pitch with his hands on his back.

Brazil have already lost two starters in the World Cup qualifiers due to injuries to goalkeeper Allison and striker Gabriel Jesus.