Home World Boris Johnson, the Prime Minister of the United Kingdom, says he has not been suffering from Govt 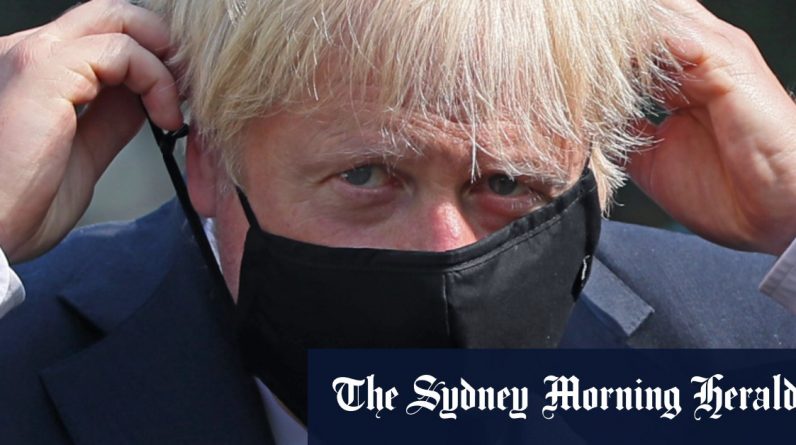 “It’s not small, it’s motivation,” he said of the speculation. “It’s not small-dot. It’s Baldardash. I’m fitter than many butcher dogs.

“The problem is, when I got this bad thing, I was so fat, I mean, this is the moment we can teach our big country.

“We are one of the biggest places on earth, but as a nation we are a bit fat. For some reason we are fatter than anyone else in Europe except the Maldives. We need to think about this.”

Johnson was the highest-ranking world leader to sign the COVID-19 until US President Donald Trump’s shocking discovery last Friday.

“I hope President Trump will be fine, he’s got the best care,” Johnson predicted Sunday.

“The most important thing to do is to follow his doctor’s advice. He’s got some great medical advice.”

When Marr told some Conservative party members that Johnson had decided “not so much”, the Prime Minister responded: “The truth is that this is a government facing unprecedented crisis. If people want me to have access to it. People think it’s completely irrelevant. It’s an epidemic that has already killed tens of thousands of people. “

Johnson said Tory MPs were frustrated by restrictions on economic and social activity, but stressed that there was a “moral” obligation to prevent death. In an outspoken reference to Labor criticizing the opposition government, Johnson said he had not heard of any better ideas than this to deal with the epidemic.

The United Kingdom recorded 12,872 new cases on Saturday, although some epidemics were confirmed from the previous week, which were not properly calculated at the time.

Johnson warned that the situation would be “bumpy” until at least Christmas, urging people to “act fearlessly but with common sense” and follow the rules of social distance.

“As Prime Minister, I have not been able to take a course that could expose us to tens of thousands more deaths in a very short order.”

Bevan Shields is the Europe correspondent for The Sydney Morning Herald and The Age.