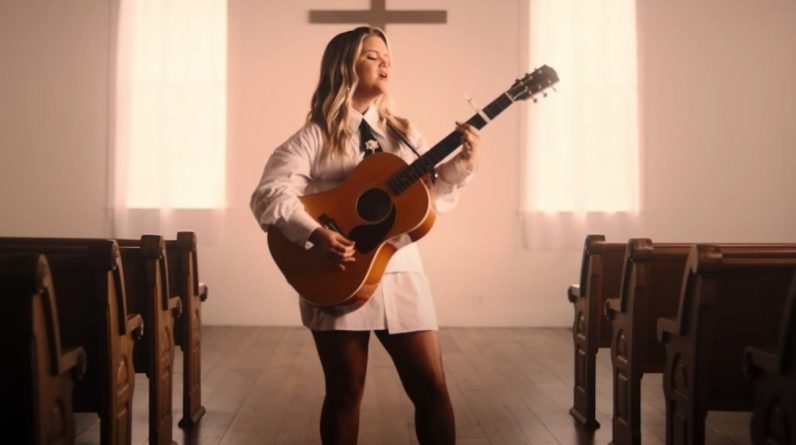 On Friday, October 2, Maran Morris shared a new song with fans, releasing the moving “better than we found”. The song was written by Morris, Jesse Joe Dillon, Jimmy Robbins and Laura Welts.

“When time turns this moment into dust / I believe I’m proud of the woman I was / When tomorrow’s lines are drawn / Can I live with the side I have chosen to be?” Morris sings during the chorus. “Would we sit on our hands doing nothing about this and / or leave this world more than we discovered?” In the final chorus of the song, Morris refers to his 6-month-old son Hayes as the first line “I hope my son is proud of the woman I was.”

The music video is directed by Gabriel Woodland and follows three sets of people – Gustavo Flores and his brother, most of whom lived in the United States under the Dream Act, but it was said that in January they would be sent back to Mexico to work with a Black Lives Matter fight with Teens to attract teens Teenage Jade and Emma Rose and the family of Daniel Hambrick, who was shot dead by a Nashville police officer in 2018.

The video also features photos of demonstrations across the country, which are interspersed with scenes of Morris performing a song in a church. A portion of the proceeds from “Better Than What We Found” will be donated to Black Women Health Compulsion, and you can go to www.bwhi.org to donate. The Texas native has never hesitated to share his beliefs with fans, has been vocal about social justice this year, supported the Black Lives Matter movement, condemned President Trump and encouraged his fans to vote.

“Better than what we found, video,” Morris said Wrote On Instagram. “Thank you to everyone in the video who told their story [George Woodland] The 30-year-old shared the lyrics of the song on Twitter on August 30, saying to his followers, “It was great to be writing after this bad week.”

One of the many songs Morris released during the Corona virus epidemic was “Best” – in June, he released “Just for Now” and “Tax Do”, which were taken from previously written songs from the singer’s archive.