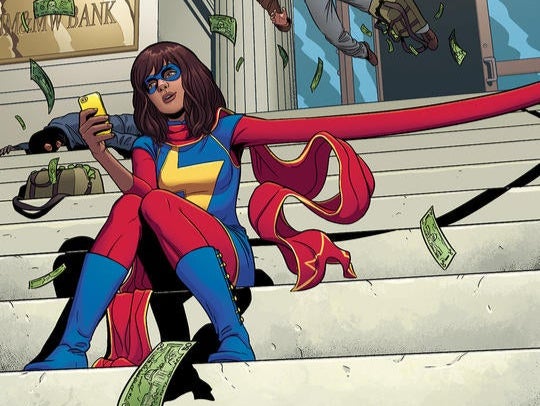 As announced Deadline, Newcomer Iman Vellani, 18, will star as Kamala Khan, a New Jersey-based Pakistani-American teenager on the TV show who stars as superhero Ms. Marvel.

In 2014, Kamala became the first Muslim character to star in her own Marvel comic book.

In keeping with the story streaming, Marvel will be the first screen Muslim hero in the production.

The news was celebrated by Kumail Nanjiani, who will be starring in Marvel’s upcoming film The Eternal. He tweeted: “I saw them acting Ms. Marvel And the method is eye-catching.

“Congratulations Iman Velani! Your work means a lot to many people, and I was included. I can’t wait. ”

The Independent Contacted Disney for feedback.

M.S. Marvel is co-written with British writer and comedian Pisha K. Ali Bad boys for life Directors Adil L RP and Bilal Balla, as well as Sharmeen Obaid-Sinai and Mira Menon will serve as directors on the show.

Kevin Faiz, head of Marvel Studios, has previously said that Kamala will not only appear on the Disney + show, but will also be featured in future Marvel films.

The show was first based on the August 2019 TV series at Disney’s T23 Expo She-Hulk And Moon Night.