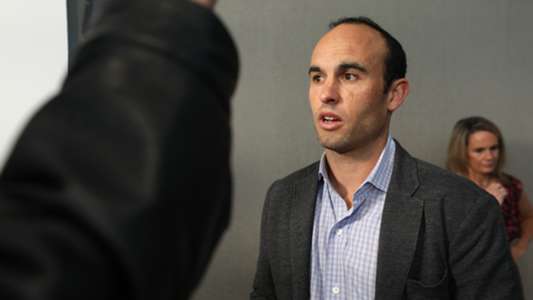 After being used to a homosexual mess, San Diego Loyal left the field with a USL match against Phoenix Rising.

A Rising player has been accused of openly abusing gay loyalist Colin Martin during a match.

Despite leading 3-1 at half-time, Loyal returned in the second half, waiting for Rising to kick the ball before leaving the pitch in opposition.

“In the first half a member of Phoenix Rising used a homosexual directed at Colin Martin. In response, we decided to leave the field.” Twitter.

“Last week we made it clear and clear that we do not stand for racism or homosexuality. Nothing has changed this week.”

The loyal manager and former USMNT striker Landon Donovan was part of the march and discussed the decision with Rising coach Rick Sands.

Loyal came to an end within a week of losing a point they drew 1-1 against LA Galaxy II, following the news that one of their players had a racial slur.

“We don’t want to be recognized as part of a competition where these kinds of activities take place,” said Andrew Vasiliadis, Loyal’s chairman.

“Faith in our name is a sign of diversity in our community and as a club we will not stand for this.”

Loyalist President Warren Smith added: “If there is anything we have learned from all the racial injustice that has taken place over the past few months, it is that we need to take action that will have consequences when these things happen. I am proud of this organization, its ownership, staff and especially our soldiers for wanting to take such action. “

See also  Again, Kyrie Irving wins and lets a madness back into the Nets!

The USL has confirmed that they are now investigating the incident on Wednesday night.

“We know that a homosexual was used in tonight’s match between San Diego Loyal SC and Phoenix Rising FC.” Read a report.

“False and misleading language in any way has absolutely no place in our community and will not be tolerated in USL matches. An investigation is currently underway to determine the facts surrounding the incident, and additional information will be provided as soon as it is available.”