Home World Ruth Bader Ginsburg: A US Supreme Court judge has died of cancer at the age of 87 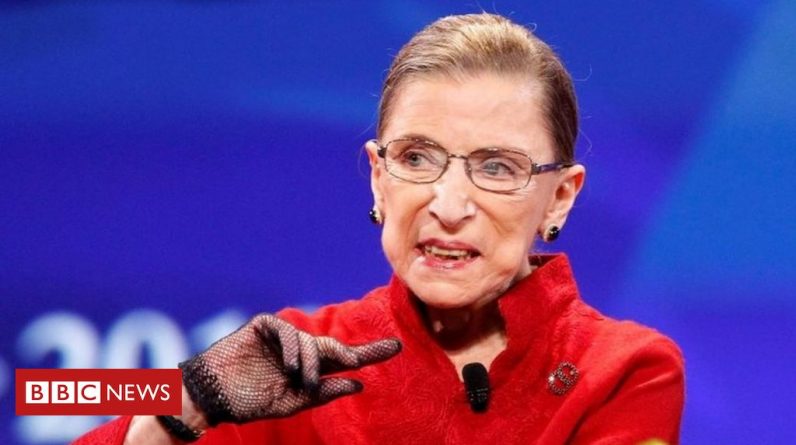 U.S. Supreme Court Judge Ruth Bader Ginsburg, a veteran champion of women’s rights, has died of cancer at the age of 87, a court has ruled.

Ginsburg died Friday of metastatic pancreatic cancer at his home in Washington D.C., surrounded by his family, the report said.

Earlier this year, Ginsberg said he was undergoing chemotherapy for recurrent cancer.

She was a prominent feminist who became a leader for the Liberals in the United States.

Ginsburg was the oldest judge on the Supreme Court, having served 27 years in the country’s highest court.

“Our nation has lost its historic height,” Chief Justice John Roberts said in a statement Friday. “At the Supreme Court we have lost a beloved colleague, and today we mourn, but in the hope that future generations will remember Ruth Bader Ginsburg as we know him – a tireless and determined champion of justice.”

U.S. Supreme Court justices serve for life or until they retire, and supporters have expressed concern that more conservative justice may be available after Ginsberg.

Ginsberg’s death will spark a political battle over who will succeed him, and a debate over the future of the Supreme Court ahead of the November presidential election.

U.S. President Donald Trump has appointed two judges since taking office, and the current court has a 5-4 conservative majority in most cases.

This important news will be updated and more details will be released soon. Please refresh the page for the full version.