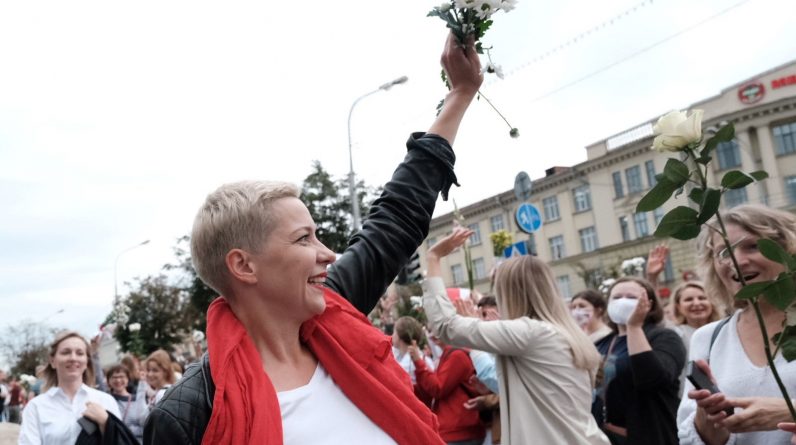 An activist who tore up his passport to avoid being forcibly deported from Belarus has accused authorities of threatening to kill him.

Maria Kolsnikova says she was forced into a van on Monday Masked men More than 200 miles to the Minsk and Ukrainian border.

Opposition leader detained at Ukraine after destroying his passport on unoccupied land Belarus next day.

Ms. Kolsnikova said in a formal complaint filed by her lawyer that agents of the Belarusian State Security Council put a bag on her head before she was imprisoned for fighting against deportation from Belarus.

“They threatened to kill me,” Ms. Kolsnikova said. “If I voluntarily refuse to leave the territory of Belarus, they will expel me from the country anyway – alive or in pieces.”

The 38-year-old is being held in Minsk jail on charges of undermining national security.

M.S. Kolsnikova was one of the members of the challenging opposition President Alexander Lukashenko Dictatorial leadership.

This week marks a month since Belarus erupted in mass protests against Mr Lukashenko’s re-election.

M.S. Kolsnikova was a leading member of a coordinating committee formed by opposition activists to press for a new election.

On Wednesday, police raided the headquarters of protest groups to arrest several activists.

Lawyer Maxim Snock was detained, and Nobel Prize-winning author Svetlana Alekseevich, one of the few remaining top activists, is currently in Belarus.

He said he had received threatening phone calls and feared he would be the state’s next target.