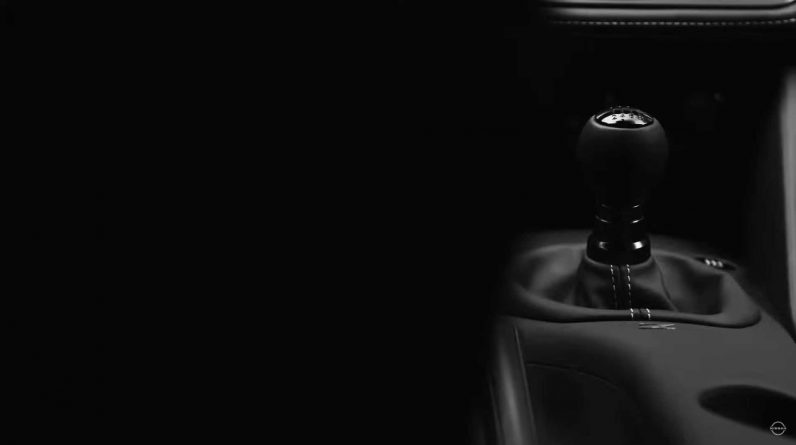 Next Tuesday, September 15 at 8:30 pm EDT, the covers are finally coming out of the new Z Sports car. It’s going to be a technical prototype, but next year’s production version should be mostly identical. Ahead of the global launch of the 370Z replacement, Nissan is bringing an unprecedented number of teasers to create suspense.

The latest episode further confirms what the previous clip suggested – the availability of a manual gearbox. We can see the six-speed lever for stick change in all its glory, with the right handbrake instead of a button in an attempt to please the cleaners. Not only that, but Nissan was kind enough to show off a few small taillights, which will take over after the 300ZX (Z32).

Offers the opportunity to watch a 30 second clip Modified Z logo Take a look at the five dual-spoke design and those alloy wheels that lurk behind the Z-branded brake calipers. If you do not know what kind of car you are looking at, the tires have the key Nissan and Z letters on the side, which may be the only prototype issue.

We also hear the roar of the engine, presumably a V6 which is said to use a dual-turbo 3.0-liter Infiniti Q60 Red Sport 400 It produces 400 horsepower and 350 pounds (475 Newton-meters) of torque, but it has not yet been found. Nissan claims that the Z Proto will be “powerful” according to its video description, “iconic” and “retro” Web light.

With just a few more days to go before the much-anticipated launch, we have a feeling that Nissan has produced at least one teaser for its new rear-wheel-drive coupe.