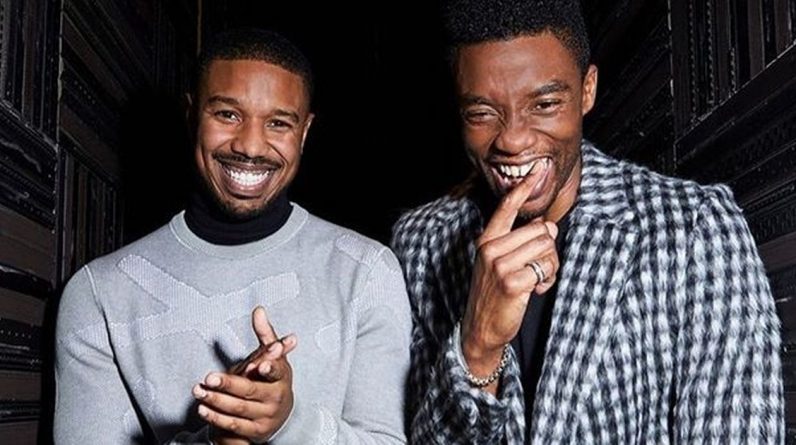 Michael B Jordan has paid an emotional tribute to his Black Panther co-star Chadwick Boseman, saying that “I wish we had more time,” with him, describing him as “my big brother” in the process.

Chadwick’s death was announced on Friday, plunging Hollywood into shock and grief after the 43-year-old lost his privately fought colon cancer battle.

In a statement from his family, they said that he had been diagnosed in 2016.

Tributes have since flooded in, with praise for Chadwick’s legacy and significance to millions of fans around the world following his starring role in the groundbreaking Black Panther.

The film was a landmark moment for representation in Hollywood.

Publicly addressing his friend’s death for the first time, Jordan, 33, shared a series of pictures of the pair together and admitted he had struggled to find the right words to pay tribute to Chadwick.

“I’ve been trying to find the words, but nothing comes close to how I feel”, he wrote. “I’ve been reflecting on every moment, every conversation, every laugh, every disagreement, every hug … everything.

“I wish we had more time. One of the last times we spoke, you said we were forever linked, and now the truth of that means more to me than ever.”

Jordan reflected on his early career starring in TV soap All My Children, saying Chadwick had “paved the way for me”, adding: “You showed me how to be better, honour purpose, and create legacy.”

Jordan said: “I wish we had more time. Everything you’ve given the world … the legends and heroes that you’ve shown us we are … will live on forever.

“But the thing that hurts the most is that I now understand how much of a legend and hero YOU are. Through it all, you never lost sight of what you loved most.

“You cared about me. You are my big brother, but I never fully got a chance to tell you, or to truly give you your flowers while you were here. I wish we had more time.”

Jordan said Chadwick’s death had made him realise “time is short with people we love and admire,” and promised to dedicate the rest of his life to living like the late star, “With grace, courage, and no regrets”.

He finished the tribute with a nod to one of his lines in Black Panther. He said: “‘Is this your king!?’ Yes . he . is! Rest In Power Brother.”

Earlier, Black Panther actor Winston Duke shared his own moving tribute to Chadwick saying he was “absolutely devastated” by the loss of “my friend and hero”.

See also  In 2021, 27 people approved the contract with London for catches

“His intelligence, personal dignity and deep commitment inspired his colleagues and elevated the stories he told. He is as much a hero as any he played. He is loved and will be deeply missed.”

Black Panther director Ryan Coogler penned a lengthy tribute to Chadwick, while former US president Barack Obama and the actor’s Marvel co-stars also shared their memories of the star.