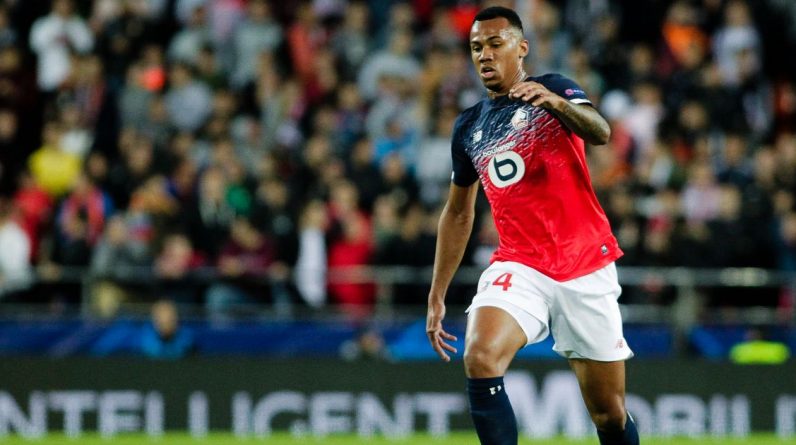 It has already been made clear that Arsenal head coach Mikel Arteta is in for a busy summer
as he looks to replenish his squad.

First to arrive was Brazilian Willian, who joined on a three-year contract from rivals Chelsea.

But there will be plenty more ins and outs at The Emirates, as Arteta is determined to make
his club genuine challengers in the Premier League.

With that in mind, here are the latest rumours surrounding the Gunners.

Lille defender Gabriel Magalhaes is set for a £27million move to Arsenal – after completing a medical with the Premier League club.

According to talkSPORT, Arsenal have acted quickly to sign the centre-half, with clubs from around Europe, including Manchester United and Napoli, keen on the 22-year-old.

The Times has also reported that the Gunners are winning the race to sign Gabriel, with the Brazilian reportedly considering a five-year deal.

Italian journalist Ciro Venerato claims that if Napoli miss out on him, then they may make a move for Arsenal centre-back Shkodran Mustafi.

He told Radio Kiss Kiss Napoli: “If Gabriel fades? At that point Napoli turn to a plan B, in
addition to Sokratis, there is also talk of Mustafi, also coming out of Arsenal.”

Arsenal have completed the signing of Salah – although this player has not come from Liverpool.

Salah-Eddine Oulad M’hand, 17, joins the club from Dutch side Feyenoord.

His arrival follows in the footsteps of fellow youngsters Tim Akinola, George Lewis and Jonathan Dinzeyi, who have all recently signed for the Gunners.

Arsenal’s official website stated that he will join their Professional Development Phase
ahead of the new season and that the midfielder is “renowned for his agility and creativity in
the middle of the park.”

Known as “Salah”, he developed through the youth ranks at Feyenoord and was also reportedly a target for Ajax.

Juventus have rejected a bid for defender Daniele Rugani which would have seen Arsenal full-back Hector Bellerin move to Italy.

According to Italian outlet Calciomercato, discussions have been held over a potential swap deal, but both sides have failed to come to an agreement.

Reports last week claimed that Spaniard Bellerin was on a list of players targeted by new Juventus manager Andrea Pirlo.

One Arsenal player who could leave the club is midfielder Mohamed Elneny.

The Egypt international spent last season on loan at Turkish side Besiktas and took to Twitter earlier this week to confirm that he will not be joining the Istanbul-based club on a permanent basis.

Elneny does not appear to be part of Arteta’s long-term plans, and has been linked with a return to Besiktas, as well as their rivals Fenerbahce, Galatasaray and Trabzonspor, Goal claims.