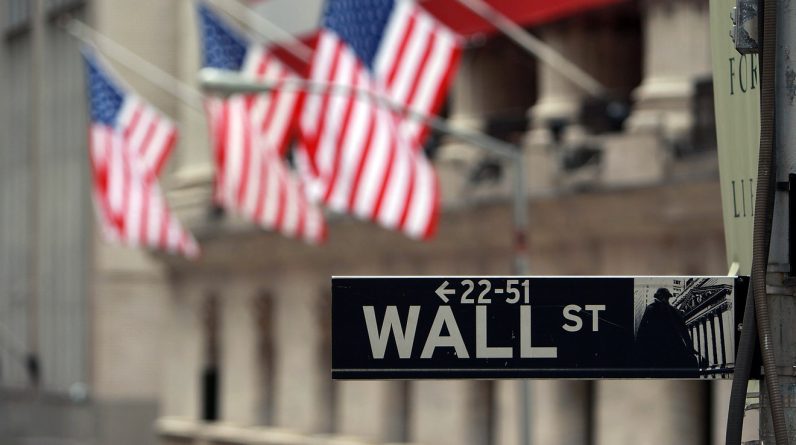 U.S. stock benchmarks mostly rose midday Monday, with the S&P 500 index trading near record territory but finding few reasons to trade substantially higher amid a congressional stalemate over fresh stimulus to help Americans and businesses hurt by the coronavirus pandemic.

How are major indexes doing?

Market participants were finding a dearth of catalysts for stocks to move toward substantially higher, which some strategists said could be a potentially bearish dynamic as Wall Street heads into the fallow part of the summer when trading volume tends to lighten.

“While the S&P 500 is within 1% of the all-time high from February, several attempts last week to break through to a new high failed. With earnings season largely over and fiscal stimulus unlikely for at least a month, markets lack a catalyst to help markets overcome technical resistance,” wrote Mark Hackett, chief of investment research at Nationwide, in an emailed note.

“The S&P 500 is failing to breakout of its all-time high. Traders do believe that if the price continues to consolidate here, it is likely that the sentiment may become bearish,” wrote Naeem Aslam, chief market analyst at AvaTrade,” in a note.

Moves for the equity market come against the backdrop of failed negotiations between Democrats and Republicans centered on advancing a new package of aid to help laborers affected by the COVID-19 pandemic after $600 a week in unemployment assistance were halted at the end of last month.

“While aid for state and local governments and enhanced unemployment aid remain the most contentious issues, funding for the USPS ahead of mail-in voting has emerged as a new issue,” Hackett wrote.

Democratic House Speaker Nancy Pelosi said on Sunday that she would call the House back into session to address funding for the U.S. Postal Service, as funding for the organization has become a politically hot button issue heading toward the Nov. 3 election, with concerns about the spread of COVID-19.

Investors are doubtful that a V-shaped, or quick and powerful, recovery can be achieved without new support for those out of work, but the market’s tepid climb also suggests that bets are being made that an agreement will be achieved eventually.

Meanwhile, the U.S. reported just over 42,000 new COVID-19 cases for Sunday, a sharp drop from Friday’s total of more than 64,000, according to data compiled by Johns Hopkins University. However, the nation’s total number of cases surpassed 5.4 million, about a quarter of the world-wide total.

Elsewhere on Monday, New Zealand, where the outbreak has been under control for much of the pandemic, delayed its elections by about a month after an outbreak in Auckland put a third of voters into lockdown.

In economic reports, a reading on business conditions in the New York area, the Empire State index, fell 13.5 points to 3.7 in August, signaling a slower pace of growth, the regional Fed bank said Monday. Economists had expected a reading of 17, according to a survey by Econoday. The index had surged in July after being in negative territory since the pandemic began.

Separately, a report on home-builder confidence was much stronger than expected, coming out slightly earlier than had been expected on Monday than the scheduled 10 a.m. Eastern release. Builder confidence in the newly built, single-family home market jumped six points to 78 in August on the National Association of Home Builders/Wells Fargo Housing Market Index, with the reading hitting the highest level on record for the report. Builder sentiment plunged to 30 in April. A reading above 50 is considered upbeat.

Which stocks are in focus?

How are other markets trading?

was off 3 basis points at 0.672%. Bond prices move inversely to yields.