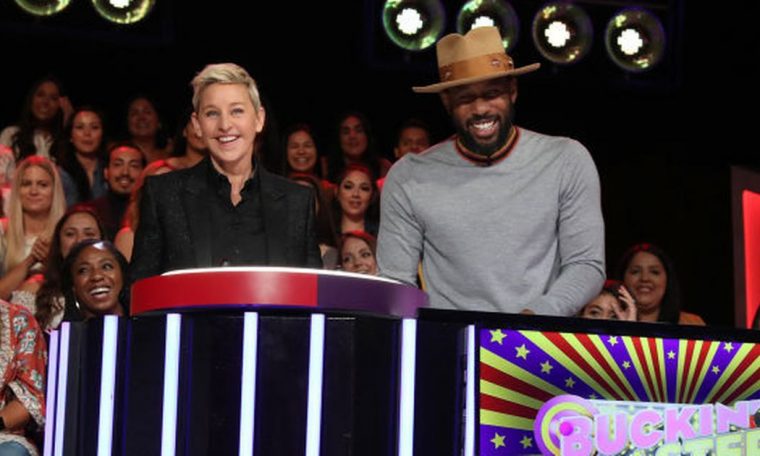 The Ellen DeGeneres Show house DJ, Stephen ‘tWitch’ Boss has had his say on allegations of a ‘toxic atmosphere’ on the set of the daytime talk show.

Ellen DeGeneres has been hit by a number of claims by former employees about their treatment while working on her show but she has found an ally in the 37-year-old DJ.

He has defended 62-year-old Ellen saying that there has “been love” on set and that there “will continue to be love.”

The DJ, who has worked on the show since 2014, told Us Weekly: “We can’t speak too much legally about it, but I’ll say this, there’s been love.

“Obviously there’s some things to address, but from my standpoint and from countless others, there’s been love.”

He continued: “I’ll just leave it at that until there’s a time where we can address more publicly. There’s been love and there’ll will continue to be love.”

Stephen continued to say that while he is keen to get back to work with Ellen, he will “miss this time” he is spending at home with wife Allison Holker and their children.

The coronavirus pandemic had brought an end to his involvement in the filming of the show and he is looking forward to the time when he can get back to what he does best.

He continued: “All this time at home, being able to be with the kids and the family and all that, it’s just like you know the day when they’re like, ‘OK, everything’s done everybody go back to work,’ I think everybody’s going to have a little bit of separation anxiety.”

Ellen has been hit with a number of accusations since former and current staff went to Buzzfeed News with their claims of racism and intimidation behind the scenes of the show.

The accusers have said that Ellen could have done more to tackle the ‘toxic’ work culture on the show and that she turned a blind or even laughed along with some of the worst excesses.

One former employee levelled at her: “If she wants to have her own show and have her name on the show title, she needs to be more involved to see what’s going on.

“I think the executive producers surround her and tell her, ‘Things are going great, everybody’s happy,’ and she just believes that, but it’s her responsibility to go beyond that.”

The comedian apologised to all staff in a memo after an internal investigation by WarnerMedia.

She told them on July 30: “On day one of our show, I told everyone in our first meeting that The Ellen DeGeneres Show would be a place of happiness – no one would ever raise their voice, and everyone would be treated with respect.

“Obviously, something changed, and I am disappointed to learn that this has not been the case.

“And for that, I am sorry. Anyone who knows me knows it’s the opposite of what I believe and what I hoped for our show.”

Ellen added: “I’m also learning that people who work with me and for me are speaking on my behalf and misrepresenting who I am and that has to stop.

“As someone who was judged and nearly lost everything for just being who I am, I truly understand and have deep compassion for those being looked at differently, or treated unfairly, not equal, or – worse – disregarded.

“To think that any one of you felt that way is awful to me.”