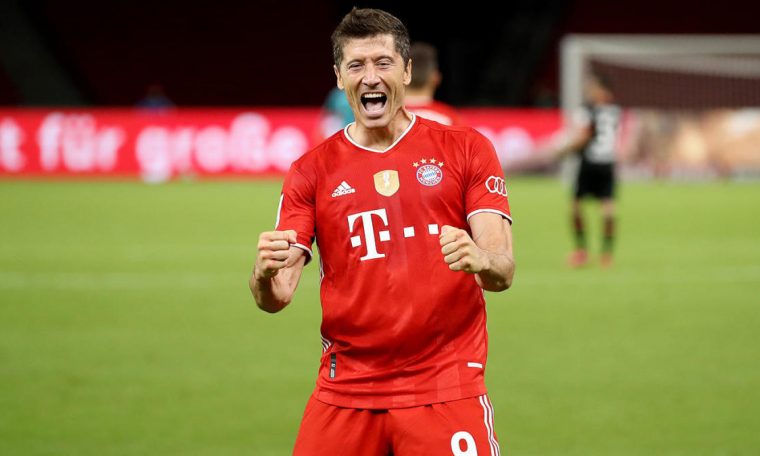 Bayern Munich are through to the Champions League quarterfinals after thumping Chelsea on Saturday. Bayern Munich won the second leg, 4-1, with Robert Lewandowski scoring twice. The Bundesliga winners came into the second leg with a 3-0 advantage, so they ended up with a 7-1 aggregate edge over their Premier League opponent in a tie that began in February.

The German side was able to capitalize on their first leg momentum early as Lewandowski, the competition’s leading scorer, earned a penalty kick in the ninth minute and converted the attempt. Bayern added goals throughout with Ivan Perisic scoring in the 24th minute, and Corentin Tolisso adding to the scoreline fresh off the bench during the 76th minute. Lewandowski headed home the 13th goal of his Champions League campaign in the 84th minute.

Bayern will face Barcelona in the quarterfinals on Friday.

Chelsea was without several starters for this match, including star winger Christian Pulisic and suspended players Marcos Alonso and César Azpilicueta, and had to manage an already-large goal deficit.

Manager Frank Lampard was able use N’Golo Kante and made the questionable choice to keep him in throughout the drubbing. Lampard made only one sub throughout the entire match, which came in the 81st minute as Olivier Giroud came on for the English side’s lone goal scorer, Tammy Abraham.

Lewandowski shines again
Lewandowski had another superb performance Saturday. The Polish international added to his Champions League legend after recording two goals and two assists for Bayern Munich. The 84th-minute goal was his 13th in the Champions League, which leads the competition, and 53rd in all competitions.

Saturday’s win is the 18th consecutive victory for Bayern in all competitions. Bayern Munich have now advanced to the quarterfinals in eight of the last nine seasons. The quarterfinal will be the fourth matchup between Bayern Munich and Barcelona in the Champions League knockout stage, though Barcelona won the last UCL meeting between the two teams in 2015.

Familiar exit for Chelsea
There was plenty of emphasis on Chelsea’s missing players today as the Blues had several who were unavailable due to both injury and suspension from the prior leg.. N’Golo Kante was given the start after being listed as doubtful ahead of the match with a hamstring injury, and played a full 90 in the trouncing from Bayern.

Callum Hudson-Odoi nearly made a game of it in the first half, but had a goal disallowed by VAR in the 29th minute due to a teammate being offside during the build-up. Despite the obstacles, Tammy Abraham was able to get a goal back to make things somewhat competitive as the first half came to a close. The mountain would be too tall to climb for the Blues, however.

Chelsea have been knocked out in the Round of 16 in four of their last five Champions League appearances.