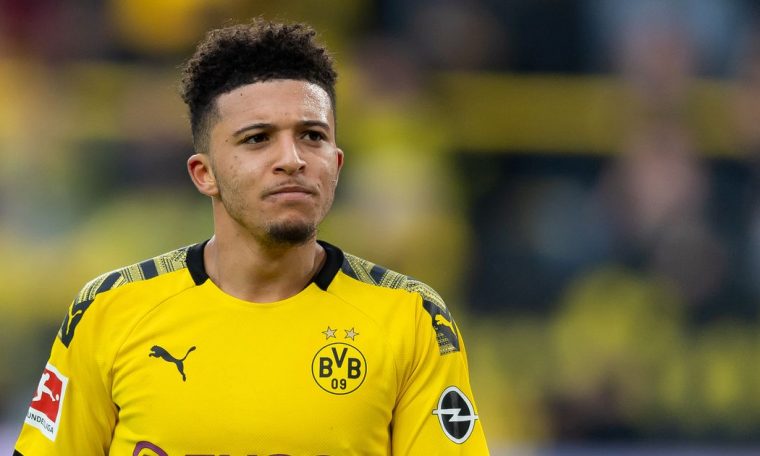 Kane over Sancho claim made by former United coach

Rene Meulensteen believes his old club Manchester United should be targeting an elite striker like Harry Kane ahead of Jadon Sancho.

Borussia Dortmund are reportedly ready to agree a compromise over their Sancho demands.

The Bundesliga side are adamant that they will not drop their £108m valuation for the England star, which United will struggle to pay in one go this summer.

United had put together a package of £70m paid up front with the rest in add-ons and instalments, which include bonuses for winning the Premier League and Champions League.

Yet Dortmund do not want their income to be affected by how Sancho does at United however Meulensteen believes United should be targeting a prolific goalscorer this summer.

He told talkSPORT: “They first need to solve and get clarity about the goalkeeping position because now there’s a debate about De Gea and the rumours with Schmeichel, but also Henderson is there.

“So that needs to be solved to make sure that’s clear.People are on De Gea’s back, but he’s still a very good goalkeeper; he’s had a few blips this season, he needs to sort that out.

“They also need someone next to Harry Maguire to strengthen that [defence]. ‘They’re bringing Jadon Sancho in, but more than anything, I would have gone for a more prolific out-and-out striker, somebody like Harry Kane.

“There is so much creativity coming from midfield with [Bruno] Fernandes, [Paul] Pogba, [Marcus] Rashford, [Anthony] Martial… they can all contribute to goalscoring.

“But [they need] somebody in the middle who’s going to score 25-plus goals. That will close the gap for United.”