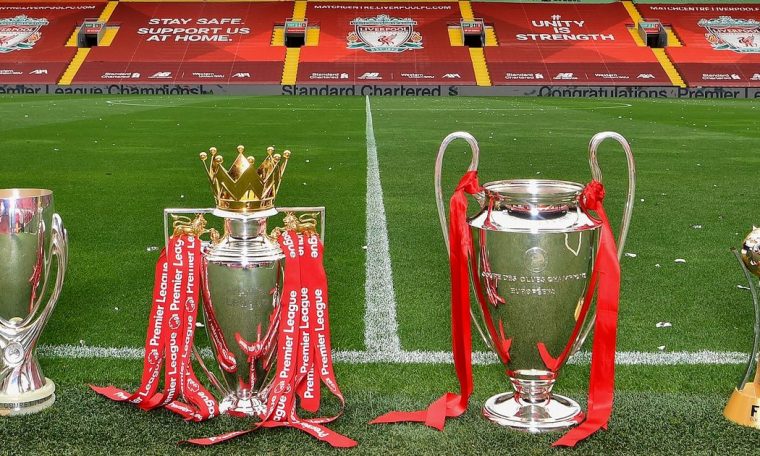 Clubs still involved in European competitions are set to be handed an extended break before starting the 2020/21 Premier League campaign.

Chelsea, Manchester City, Manchester United and Wolves will be allowed at least 30 days off before the Premier League kicks off on September 12, according to Sky Sports.

And that could see them start next season’s league fixtures up to 10 days late if they reach the final of the Champions League or Europa League.

With a final decision to be announced by early August, Liverpool will be paying close attention to how their potential title rivals fare in Europe.

Chelsea’s 3-0 first-leg deficit is likely to see them eliminated by Bayern Munich, which means they would start the new season at the same time as the Reds, but City, United and Wolves could yet go far.

For Jurgen Klopp, keeping an eye on both Manchester clubs will be important in order to plan Liverpool’s Premier League title defence.

The intense competition between the winners and runners-up of the last two seasons means the Reds will be looking to take any marginal gains available, and rivals being involved in other competitions could be a key factor.

Liverpool know all about a hectic fixture list, but the 2019/20 season shows why they hold a key advantage when dealing with a concentrated run of matches.

Jordan Henderson lifting the Premier League trophy will be the first thing fans will recall when they look back on this season in years to come. It was a campaign that gave them exactly what they’ve dreamt of for years, but also so much more.

Aside from lifting the trophy and the unforeseeable circumstances of the coronavirus lockdown, Liverpool played an extraordinary amount of games, an experience that could stand them in good stead for the season to come.

Involvement in the UEFA Super Cup and FIFA Club World Cup meant the Reds had to travel around the world, and had a congested fixture list right from the very start.

It was perhaps best illustrated during an already hectic festive period when they played 10 games in the space of a month across four different competitions for the Reds.

Liverpool won every game, apart from the 5-0 League Cup defeat suffered by their youngsters at Aston Villa when the first team was otherwise engaged at the Club World Cup in Qatar.

Not only that, but they continued that form into the New Year with nine successive league wins to continue opening up the gap on a labouring City.

Much of the inspiration for that run came from the determination to bounce back from heartbreak on the final day of the 2018/19 season, when City claimed the title by a point.

Similar to their 2019 Champions League success in Madrid after defeat in Kiev the year before, it says a lot about the squad mentality Klopp has developed.

It remains to be seen whether the Reds can carry that form and mentality into 2020/21, but there is no team better equipped to deal with a demanding fixture schedule than Klopp’s.

See also  Brexit: As for London, UK unity is not "negotiable"