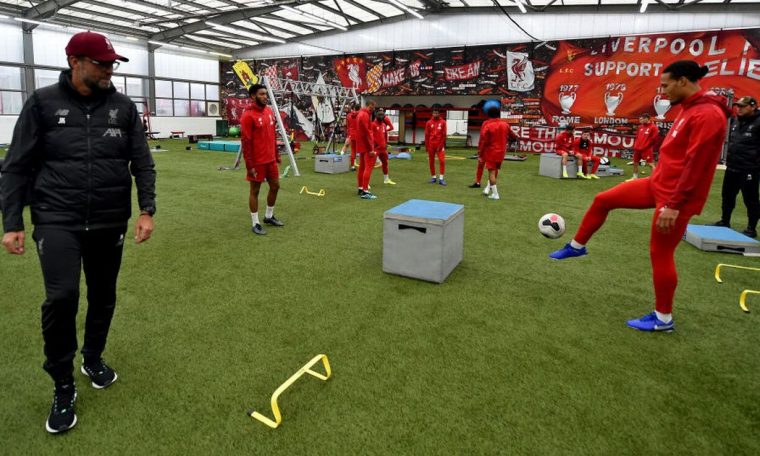 It is no secret that Virgil van Dijk is an absolute giant of the footballing world in every sense.

To put it lightly, the Dutch international‘s abilities are quite simply unbelievable.

The aerial prowess, leadership, pace and power he consistently displays while defending to a world-class standard and bringing an air of total calmness to the game and upping the level of those around him is something to behold.

It is very easy, therefore, to highlight just how good Van Dijk has been in the heart of Liverpool’s defence.

What may not be clear and obvious to see though, is his incredible playmaking ability.

Across the 2019/20 Premier League season, the defender comfortably made more passes than any other player in the top flight.

He completed a total of 3,253 passes across the campaign – more than 85 in every single match – and to put that into some context it was Manchester City midfielder Rodri who completed the second most passes of any player with 2,580.

205 of Van Dijk’s passes were classed as accurate long balls and, though he only registered one assist this term – with a wonderful through ball to Sadio Mane against Bournemouth, the passages of play he creates are often the catalyst to get Liverpool on the front foot and turn defence into attack in the blink of an eye.

What also must be noted here is that Van Dijk had the second most touches of the ball across the season with 3,622 and only the Reds’ revered playmaker Trent Alexander-Arnold had more with 3,664.

The centre-back features at the top of both lists for which player made the most passes and who had the most touches last term, which shows simply that he isn’t just passing the ball away at any given opportunity but making measured decisions with the ball at his feet.

You wouldn’t automatically consider Van Dijk to be one of Liverpool’s main creative playmakers but it’s clear from the numbers alone that he is someone very comfortable on the ball who is willing to try and consistently make things happen for the Premier League champions and get the team moving.

Another staggering feat the defender achieved this season too was the fact he played every minute of the title-winning campaign.

He became only the fifth outfield player in Premier League history to win the title and play every single minute of the league season..

And, after the 3-1 victory at Newcastle United on the final day in which Van Dijk scored, manager Jurgen Klopp paid tribute to his “special” £75million man.

“I’m not sure if he needs another hour of praise,” Klopp said with a smile.

“This makes him a pretty good centre-half and a good guy as well, which I like a lot. I would work with him as well if he was a little more difficult to be with, but he’s really low maintenance.

“He’s really nice to have. We knew when we signed him we’d get a really good player, but the package is so special, and we had no idea about that. That makes him really, really exciting.

“He takes his breaks in the games from time to time, which drives me crazy.

“But I get it, I get it. It was his big target, I think, that he could do that again. Hopefully that will be possible for the rest of his career. That would be absolutely special.

“We’ve tried to rest him but it’s difficult. So far, it’s gone well, and we hope it stays like this, but now he has two weeks off as well, so he doesn’t need more, I’m sure.”

Most touches in the Premier League 2019/20 season

Most passes in the Premier League 2019/20 season