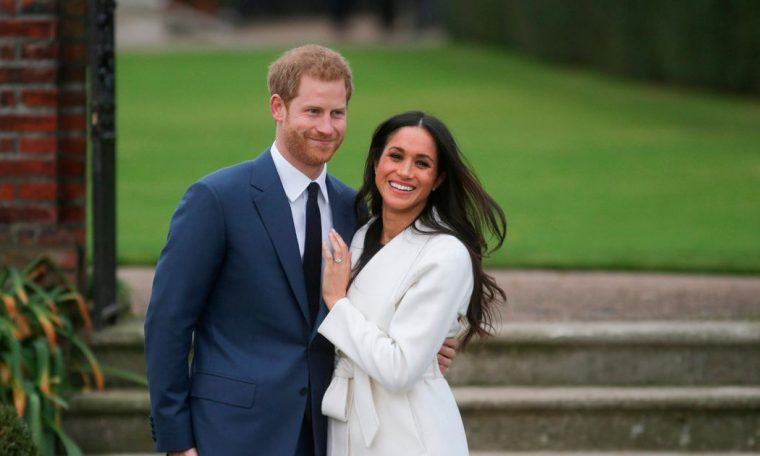 Prince Harry and Meghan Markle reportedly got secretly engaged two months before they told the world, according to a new book.

The Duke of Sussex popped the question during their trip to Botswana in August 2017, it is claimed.

The couple previously said Harry proposed while trying to cook a chicken dinner in November 2017.

In an interview with BBC presenter Mishal Husain in 2017, Meghan said it was “sweet, natural and very romantic” and just a “standard typical night in” for the pair.

Speaking about the moment he got down on one knee, Meghan said: “Just a cosy night, it was – what we were doing just roasting chicken and having …”

Interrupting his fiancee, Harry said: “Roasting a chicken, trying to roast a chicken.”

Meghan continued: “Trying to roast a chicken and it just – just an amazing surprise, it was so sweet and natural and very romantic. He got on one knee.”

Harry added: “She didn’t even let me finish, she said can I say yes, can I say yes and then were was hugs and I had the ring in my finger and I was like can I – can I give you the ring? She goes – oh yes the ring.

“So no it was – it was a really nice moment, it was just the two of us and I think managed to catch – catch her by surprise as well.”

The latest claims that Harry actually proposed in Botswana were made in the new book Finding Freedom, the Sun reports.

The bombshell book says Kate Middleton “purposefully” snubbed Meghan Markle and “barely acknowledged her” as the royal wives made their final appearance together.

It also alleges the Cambridges and Sussexes hardly spoke at the Commonwealth service at Westminster Abbey in March despite not having seen each other since January.

The book’s authors, Omid Scobie and Carolyn Durand, said: “Although Meghan tried to make eye contact with Kate, the duchess barely acknowledged her.”

Mr Scobie told the Times: “To purposefully snub your sister-in-law… I don’t think it left a great taste in the couple’s mouths.”

Finding Freedom, serialised by the Times and the Sunday Times, contains sensational new claims about how Meghan and Harry’s relations with his family broke down, and how the Sussexes decided to quit life as senior royals.

The book says the Sussexes even considered breaking protocol by springing a surprise visit on the Queen when they believed they were being blocked from seeing the monarch.

A spokesman for Harry and Meghan said the couple did not contribute to the book, but he did not deny the content of The Times’s extracts.

We’ll be bringing you the very latest updates, pictures and video on this breaking news story.

See also  Dormann canceled the call from London, and it reacts