Home World Beijing’s military adventurism in the Himalayas is risky 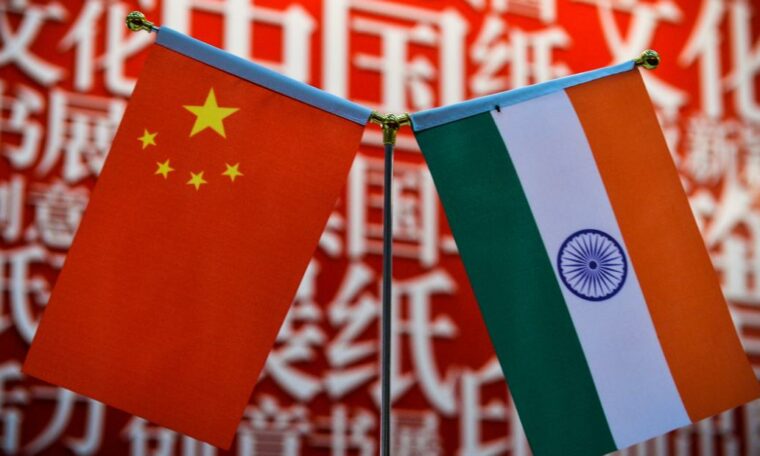 While the entanglement in North Sikkim was resolved locally, within the framework of mutually agreed-upon protocols, the ones in Eastern Ladakh have lingered, giving rise to speculation about China’s intentions.

The last major stand-off between the Asian giants was at Doklam in 2017, and lasted for 73 days. It was followed by informal meetings between Indian Prime Minister Narendra Modi and Chinese President Xi Jinping, first at Wuhan in April 2018 and then at Mamallapuram in Tamil Nadu in October 2019. During those interactions, both leaders reiterated the importance of peace in border areas for greater strategic gains. They also issued guidance to their respective militaries to exercise restraint and strengthen mutual understanding and trust.

At strategic and operational levels, both militaries have exercised restraint. However, at the tactical level, face-offs occur due to differing perceptions of where the actual border is as the LAC is not delineated on the ground. While face-offs get resolved locally, those related to the building of infrastructure, such as roads and defence fortifications, invariably take longer and require a combination of military and diplomatic initiatives.

The bilateral agreements signed between 1993 and 2013 have helped prevent the use of force beyond the occasional fistfights. Not a bullet has been fired by either side since 1975, and that is unlikely to change now.

Facing myriad internal and external challenges during the coronavirus pandemic, China can ill-afford any risky adventurism in the Himalayas. A conflict with India, its main regional strategic competitor, will not only compound its problems but will seriously impede its stated journey towards becoming a global superpower by 2050. Some of the challenges that Xi Jinping faces today include China’s contracting economy, its reignited trade war with the US, the departure of some manufacturing and the slowdown of its ambitious Belt and Road Initiative. Hong Kong protests, Taiwan’s intransigence, and the global demand to probe its role in the coronavirus pandemic have also added to its woes.

Moreover, barring Pakistan, which is its all-weather strategic partner in the region, Beijing’s assertive behavior coupled with its alleged pandemic-related role has generated anti-China sentiment in Asian countries it assiduously befriended as part of its containment strategy against India. India would do well to leverage this to its advantage.

China is aware of the current combat potential of the Indian military, and has seen it evolve into an accountable, responsive and potent element of national power since the 1962 Sino-Indian conflict, over the still-disputed Himalayan border. Both militaries have been training together for many years to develop interoperability to undertake humanitarian assistance, disaster relief and counterterrorism operations. An understanding of each other’s military prowess helps create mutual deterrence as each side realizes the grim consequences of a conflict. India, under the present political leadership, has demonstrated its inclination to use force when provoked. The volatile and complex proxy war arena of Jammu and Kashmir has further helped the Indian army to battle-harden its soldiers.

The possibility of Beijing using the face-offs for strategic messaging to India cannot be ruled out. New Delhi has not only joined the international chorus for a probe into the origin and spread of coronavirus pandemic but has also blocked the automatic route for approving foreign direct investments from China. The strengthening strategic partnership between India and the US is another irritant for Beijing. China is known to employ inducement and intimidation means to deal with the external challenges and in the internal domain, whipping up nationalist fervor to eclipse various governance-related failures and inadequacies. The ongoing LAC rows serve both purposes. Unlike the earlier face-offs, this time around, the Chinese mainstream and social media have been extremely active in propagating patriotic narratives.
The reconciliatory statements issued by the Chinese embassy in New Delhi and the Foreign Affairs Office in Beijing point towards China’s desire to defuse the border tensions. However, there has been no forward movement on the ground. With India determined to develop the border infrastructure on its territory, as is its right, an early resolution of the entanglements could be difficult. This is a bilateral issue with no scope for any third-party intervention: both India and China have turned down the US proposal for mediation.

Although a conflict in the near future is a remote possibility, India must continue in earnest to develop its military capability to deter aggression and, should that fail, fight to win wars for the country. Relying on any external power to fight India’s wars is certainly not a good idea. As an emerging great power, India must carry its own big stick.

But for greater economic and geostrategic gains, a peaceful resolution is the answer. There is enough room in the world for the two Asian giants to grow simultaneously.