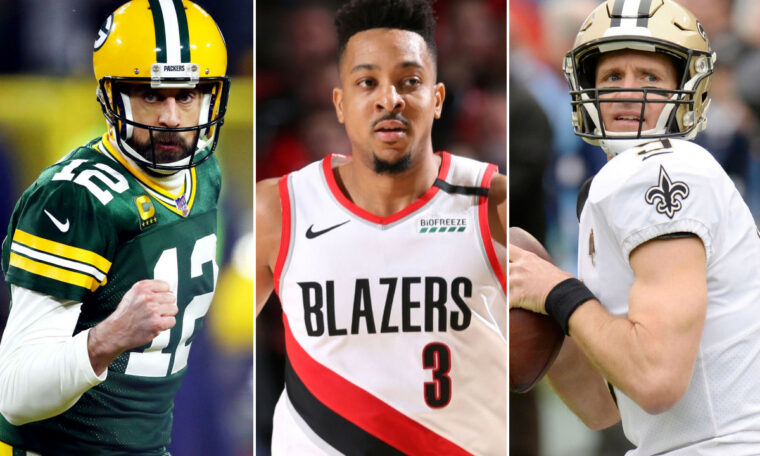 Portland Trail Trail Blazers guard CJ McCollum was the last professional athlete to rip New Orleans Saints quarterback Drew Brees over comments on the national anthem the quarterback made Wednesday after the death of George Floyd.

But it came with a twist: praise for Green Bay Packers quarterback Aaron Rodgers.

“We need more @ AaronRodgers12 and less @drewbrees” McCollum, 28, tweeted. “Ignorance is not an excuse. You have to hand over the ball and shoot those same teammates that you refuse to defend.”

Brees, 41, received a backlash from his teammates Malcolm Jenkins and Michael Thomas, as well as LeBron James, when he said in a Yahoo Finance interview that it is important to show respect for the flag.

McCollum’s praise for Rodgers probably came from a 36-year-old quarterback instagram post on Wednesday it said, “A few years ago we were criticized for blocking weapons in solidarity before the game. It has NEVER been about the anthem or a flag. Not then. Not now. Listen with an open heart, educate ourselves and then convert the word and thinking in action. “

As for Brees, he said that the hymn provokes many emotions in him.

“And everything is fine with our country right now? No, it’s not. We still have a long way to go. But I think what you do by standing there and showing respect for the flag with your hand over your heart is that it shows unity. It shows that we are all in this together, that we can all do better, and that we are all part of the solution. “

See also  Briefly MLP: Many Donations for Jackie Robinson Day | Matt Barnes is getting ready for a good cause