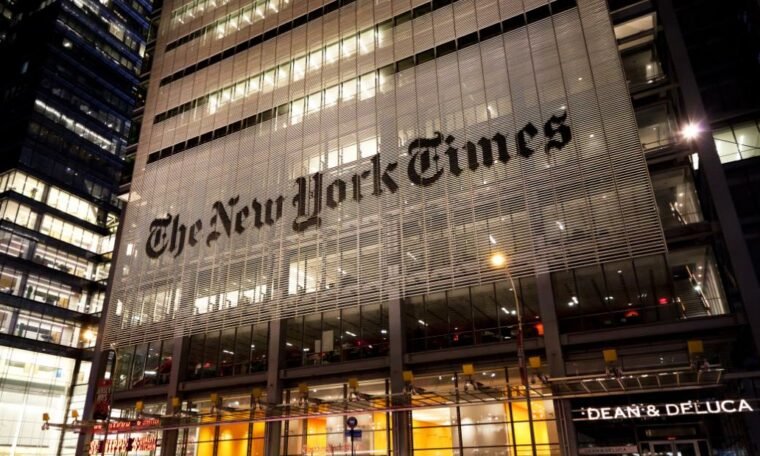 The opinion piece was published in the opinion section of The Times, but opinion and newsroom employees, who operate separately, publicly disagree.

A parade of Times journalists tweeted a screenshot showing the headline of Cotton’s article, “Send the Troops,” with the accompanying words: “Executing this endangers Black @NYTimes staff.”

New York Times magazine staff writers Jenna Wortham and Taffy Brodesser-Akner and the newspaper’s senior editor, Kwame Opam, were among the journalists who did that. National political reporter Astead W. Herndon tweeted his support for his “colleagues, and particularly blacks.”

However, amid Twitter outrage, editorial page editor James Bennet posted a series of tweets Wednesday afternoon to explain his decision to direct the opinion piece. He cited a number of previous articles in which the editorial board and other opinion writers defended the protests and “crusaded for years against the underlying systemic cruelties that led to these protests.”

But, he said, “Times Opinion owes our readers to show counterarguments, particularly those made by people in a position to set policy.”

“We understand that many readers find Senator Cotton’s argument painful, even dangerous,” Bennet concluded. “We believe that is one of the reasons why it requires public scrutiny and debate.”

Cotton’s opinion piece argued that “local police in some cities desperately need support” and that the military “is ready” to help.

The op-ed suggested that the Insurrection Act be invoked, arguing that the deployment of the US military in American cities “does not amount to ‘martial law.'”

Throughout the day, Times employees publicly rebelled over the piece.

“I feel compelled to say I disagree with every word in that opinion piece by Tom Cotton and it does not reflect my values,” Charlie Warzel, writer for the opinion section of The Times, tweeted.

Stacy Cowley, a business reporter, tweeted that the piece had “brought a LOT” of discussion about Slack, an instant messaging app companies use to allow their employees to communicate.

Davey Alba, a technical journalist, wrote on Twitter that Cotton’s argument that Antifa members were “infiltrating protest marches to exploit Floyd’s death for his own anarchic purposes” had been denied by the newspaper.

“Our own newspaper has reported that this is misinformation,” Alba tweeted.

A spokesman for Cotton’s office declined to comment and referred CNN to The Times.

Wednesday’s publication of Cotton’s opinion piece is not the first time that the Times’ opinion section has drawn criticism.

Bennet’s tenure has been marked by a series of high-profile mistakes.

The Times’ opinion section was left reeling in September after it searched for a story about an allegation of sexual misconduct against the Supreme Court of Justice. Brett Kavanaugh.

And last April, the opinion section apologized after posting a antisemitic cartoon in its international edition