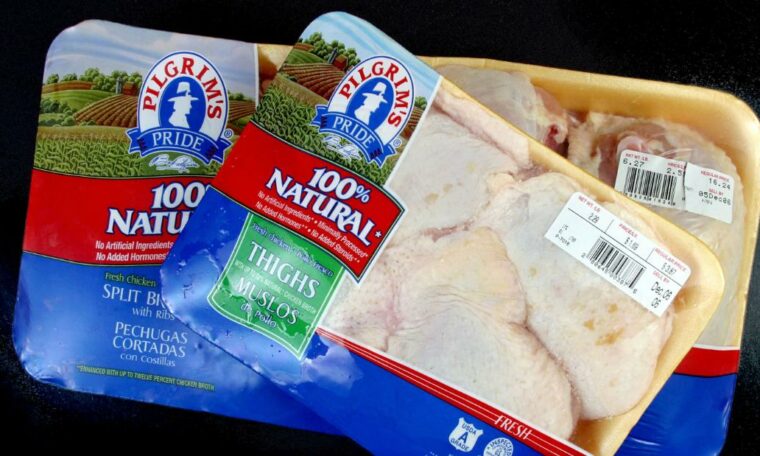 the accusation, returned Wednesday by a federal grand jury at the United States District Court in Denver, Colorado, marks the first charges brought as part of a ongoing Justice Department investigation of anti-competitive behavior in the chicken industry.

“Particularly in times of global crisis, the division remains committed to prosecuting crimes aimed at raising the prices Americans pay for food,” Makan Delrahim, deputy attorney general of the Justice Department’s Antitrust Division, said in a statement. “Executives who mislead American consumers, restaurants and grocery stores, and compromise the integrity of our food supply will be responsible for their actions.”

The single-charge indictment raises the charges against Pilgrim’s Pride CEO Jayson Penn and former Vice President Roger Austin. Based in Colorado Pilgrim’s Pride (PPC) It is the second largest supplier of broilers in the country, after Tyson Foods. Mikell Fries and Scott Brady, president and vice president of Georgia-based Claxton Poultry Farms, were also charged.

The four men allegedly participated in a “network of suppliers and conspirators” with the goal of pricing and manipulating offers to sell chicken in the United States between 2012 and 2017, according to the indictment. The network allegedly took steps such as agreeing and submitting similar offers for price terms, including discount levels.

Neither Pilgrim’s Pride nor Claxton Poultry immediately responded to a request for comment on the allegation.

The charge carries a statutory maximum penalty of 10 years in prison and a $ 1 million fine, although the fine may be increased depending on the loss suffered by the victims, according to a Justice Department statement.