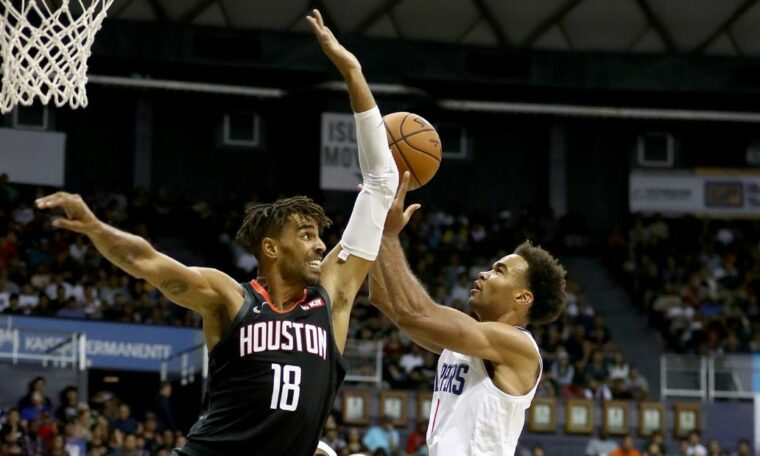 Because, in 2015, it happened to him, when he was injured by the New York City police and was wrongfully arrested.

Sefolosha, 36, is a 14-year-old Swiss NBA veteran who spent this season playing for the Houston Rockets before the Covid-19 pandemic halted the season. In Atlanta on Wednesday, he told CNN he could see himself in George Floyd, who was killed while in police custody in Minneapolis.

“I think every black man in America, in my opinion, out of the 14 years that I have lived here, can feel that way,” Sefolosha said. “It’s the ultimate bullying … I think it’s just an abuse of power that you’ve seen in preschool and middle school bullying, and it’s at such a high level that people have to be fed up and something has to be done about it.”

In the early hours of April 8, 2015, Sefolosha, then with the Atlanta Hawks, and then his teammate, Macedonian center Pero Antic, were arrested near the scene of the stabbing of the then Indiana Pacers forward Chris Copeland and two women outside a New York nightclub.

Police said Sefolosha and Antic were not involved in the stabbing incident, but were charged with minor crimes, such as disorderly conduct and obstruction of the government administration.

Shortly after the incident, TMZ released a video showing a group of police officers arresting Sefolosha, who is 6 feet 7 inches tall, and carried him to the ground. It also shows an officer within that group pulling out a cane and extending it close to him, but what may have caused the injury is unclear from the video. Sefolosha appears to be limping as officers carry him away.

Sefolosha, who suffered a fractured fibula and ligament when he was arrested, said after the incident that police caused his injuries. He was forced to miss out on the rest of the 2015 regular season and the entire postseason.

A New York jury found Sefolosha not guilty on three misdemeanor charges. The charges against Antic, who is white, were dropped. Sefolosha then settled a lawsuit against five police officers for $ 4 million.

“It all happened so fast that right now it was just being myself, really, being respectful and, at the same time, defending a position that I had a right to defend,” Sefolosha told CNN. “It all escalated so fast it was difficult to just look back, just sit in a cell and say, ‘OK, I didn’t do anything wrong.'”

Later he said: “It is really intimidation at a high level. And that frustrates everyone. I think you see it now only with the protest and the level of anger that people have. I think it is enough.”

As for why things escalated in his case that night in New York, Sefolosha said it was due to “bad training.”

“The ego gets in the way, you know, and I think that’s one of the main problems when you’re a cop,” said Sefolosha. “You are asked a lot as a public servant, as someone who is here to defend the community. And I think it should be taken with pride and with more humanity, to the extent that you are doing a job here for the people and understanding that everyone they are going through a lot of things.

“But as an officer, you are the one who is training. You are the one here, who is supposed to calm the situation and realize what is happening in a fraction of a second, you know? And often this is not known. complies. “

Sefolosha was asked what went through his mind when he saw Floyd’s video.

“Anger,” said Sefolosha. “And a feeling of being totally disconnected. How can a human being do that to someone else and just sit on their neck for nine minutes? Intentionally in broad daylight killing someone like that. And the anger spreads to the other officers they’re just out there watching. What’s your purpose in life? Why did you decide to become a police officer? Everything should be called into question right now. So I can’t blame people who are angry on the street .

“I just wish the leadership was a little bit more nimble and people know exactly what the message is, why they are fighting and what exactly they want after the protest. We can protest for six years. Protest and then something has to come at the end, You know, but what is the message? What is the exact end goal of all this? “