Home Top News Mitron may return to Google Play, but there is no respite for “Remove apps from China” 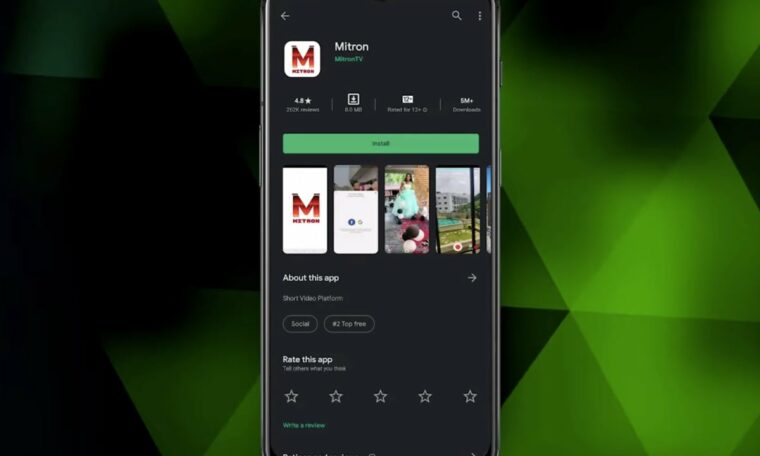 The Mitron app, a TikTok clone that was successful overnight before being removed from Google Play, may soon reappear, Google suggested giving clarity about its recent app removal decisions. The search giant has provided some guidance to the developer behind the Mitron app to fix problems that violate its technical policy. The app garnered more than 50 lakh downloads in less than a month before being removed from Google Play earlier this week. Google also recently removed the “Remove China Apps” app which was meant to uninstall Chinese apps from Android devices.

Without specifying the app name Mitron, Sameer Samat, Vice President, Android and Google Play, celebrated in a blog post that his team was working with the developer to help them troubleshoot and resubmit their app on Google Play.

“We have given this developer some guidance and once they have addressed the issue, the app can work again in Play,” Samat said, indicating Google’s communication with app maker Mitron.

The Mitron app was removed from Google Play earlier this year for violating the company’s “Spam and Minimum Functionality” policy that it does not allow Applications that “simply provide the same experience as other applications already” offered through Google Play. “Applications must provide value to users through the creation of unique content or services,” the policy definition of Repetitive Content reads.

Importantly, the Mitron app had tons of similarities to TikTok. In fact, the main reason behind its sudden popularity was the experience that was quite similar to that of TikTok, which faced public outrage at giving space to creators who allegedly promote acid attacks on women and harbor sexual and animal abuse content. .

Some reports initially called the Mitron app an Indian-made alternative to TikTok. However, it was later discovered that the application’s source code was reportedly purchased from a Pakistani software development company Qboxus. However, the app developer Mitron has yet to be publicly released for clarity.

In addition to copying the experience, the Mitron app was found to have a serious vulnerability that could allow attackers to take over user accounts. Its developer did not provide an update on the alleged loophole revealed by a security researcher.

Isn’t it easy for the creators of Remove China Apps?
In addition to the Mitron app, Google removed the China Remove Apps app from the Google Play store on Wednesday. That removal went into effect for violating the deceptive behavior policy that does not allow applications to encourage or incentivize users to “remove or disable third-party applications.”

It seems that Google has no plans to make things easier for the creators of Remove China Apps and bring it back to Google Play soon.

“When applications are allowed to specifically target other applications, it can lead to behavior that we believe is not in our best interest for our community of developers and consumers. We have consistently applied this policy against other applications in many countries in the past, just as we did here, ”Samat said in the blog post clarifying the measure.

In 2020, will WhatsApp get the killer feature that every Indian is waiting for? We talk about this on Orbital, our weekly tech podcast, which you can subscribe to via Apple podcasts or RSS, download the episode, or just hit the play button below.