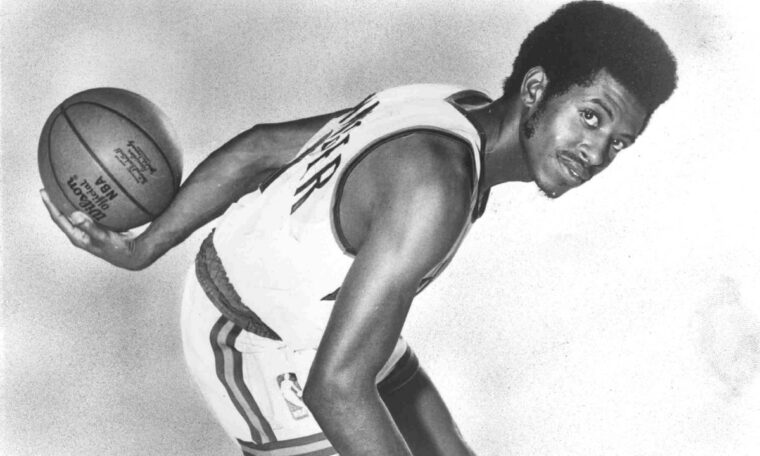 There is a better way for everyone. It takes some thought. Some planning is needed. It takes a little faith on both sides. But it can be done. Bob Breen is here to tell you that. It can be done absolutely.

In December 1965, Breen had just left the Academy, a couple of years after the old Rice High School at 124th Street and Lenox Avenue, before the street name was changed to Malcolm X. He was running at Rice and He watched in horror as his old Inwood neighbor, a boy named Lew Alcindor, went to the Power Memorial and regularly beat up his beloved Raiders.

Breen was assigned to District 26 in Harlem, and although that was not his first choice, his parents had grown up in the neighborhood and he had gone to Rice. He knew the area well and thought it was better than Staten Island’s outer districts or inner zones.

“The first two weeks you were assigned to an experienced police officer in a quiet neighborhood, like where all the Barnard girls lived,” Breen recalls. “The third week you had a heartbeat by yourself.”

Tensions were leaking in January ’66. Watts had set fire to Los Angeles the year before, and the New York blackout of November ’65 had given Breen his first close-up look at looting and illegality. The long, hot summer of 1967 was still a year and a half off, but it was easy to feel that things were going in a nervous direction.

Rookies were warned: “You are now a police officer. Whatever they yell at you, remember that. You must behave like a policeman.

It was not easy. Breen walked down Amsterdam Avenue, frozen to the bone, and occasionally heard the taunts: “Go home, Whitey!” being the friendliest, even though he knew these streets, in many ways, better than them. Every night he went home, read the books they had given him at the Academy, tried to solve something.

If the children had weapons, and sometimes they did, he would arrest them for illegal gathering, but they were mostly unarmed, except for sharp tongues. One night, Breen approached a small group of teens, told them to come home, and said, “Today is my turn.” One of the children, annoyed, said: “There is nothing else to do.”

Breen, trembling, said, “It’s freezing. I have to be here. You don’t.”

The boy shrugged. The same did his friends.

“You want to do?” Breen asked them.

They pointed across the street to a frayed high school. There was a gym in the basement. They really wish they could play basketball there once a week, get out of the cold, sweat. Breen said he would investigate it. He did. The school principal was reluctant, but Breen could be persuasive, especially since the cops there tended to look the other way with where their teachers parked their cars.

A few nights later, Breen saw the children again. “Thursday, 6 o’clock,” he said. It was agreed. Breen went to see his sergeant, to see if the compound would provide T-shirts for the children. The sergeant asked: How many children? Breen said 15 or so. They made 20 shirts.

Of course, Breen had a little problem: He was a runner at Rice. He had coached a little football and baseball, but his words were “the worst basketball player in town.” So he improvised: One day, in full uniform, he entered his old high school and scared the basketball team terribly, exercising, wondering who had done what wrong.

Coach Michael Browne stopped practicing. Breen told him what he was doing and what he needed: some of his players, once a week, to teach children how to play ball the right way. Breen recognized the first player to step forward because everyone in Harlem knew who Dean Meminger was: the best player in town. In a year he would go to Marquette to play with Al McGuire.

Breen smiled too. “Where do you live?”

Meminger laughed. He was in.

“Don’t worry,” he told the police, “I’ll make sure all the kids check their weapons and knives at the door. Don’t be afraid.”

Thursday came. Meminger and three teammates arrived early, although Dean was the only one who seemed happy to be there. A few minutes before 6, Breen’s lieutenant entered the gym with all 20 shirts and a puzzled expression.

“Have you looked outside at all?” I ask.

The lieutenant laughed, opened the doors, and 88 children rushed in, some drawn by Dean Meminger, a local hero, most of them happy to have something to do outside of the arctic cold. Dean looked at Breen and smiled.

“I think we should also roll down the side baskets,” he said.

This happened during the rest of the winter, during the spring, until June, when Meminger had to go to a summer basketball camp, at which time the warm weather allowed the children of the neighborhood to take their games to the local playgrounds. Last night, past 10 o’clock, Breen offered Dean a ride.

“I will drop you one block from your house,” he said. “In case the neighbors ask you.”

They chatted. Meminger told the police that he wanted to be a coach someday. Of course, he couldn’t have known as they talked that he would become a first-team All-American at Marquette, and a Knicks first-round pick, and a member of his 1973 championship team, who would spend most of his equipment. Life as one of the city’s great basketball ambassadors before dying too young in 2013 at age 65.

For now, he was a boy who wanted to improve his little neighborhood and he recognized that the young policeman who was driving him wanted the same. Breen, now retired after turning 20, living the past 17 years in North Carolina, told Meminger about the youth teams he had coached and joked, “No kid of mine has come to power, I can tell you that.”

Dean laughed out loud at that.

“You are a different type of cop, Mr. Breen,” he finally said, jumping out of the car, into the rest of his basketball adventure. They shook hands. Breen said he became a police officer to help people, especially children. Dean told him he could relate: that was all he wanted, even at age 17.

“I think I am also a different type of basketball player,” he said.