Home World European unemployment is half that of America. This is why 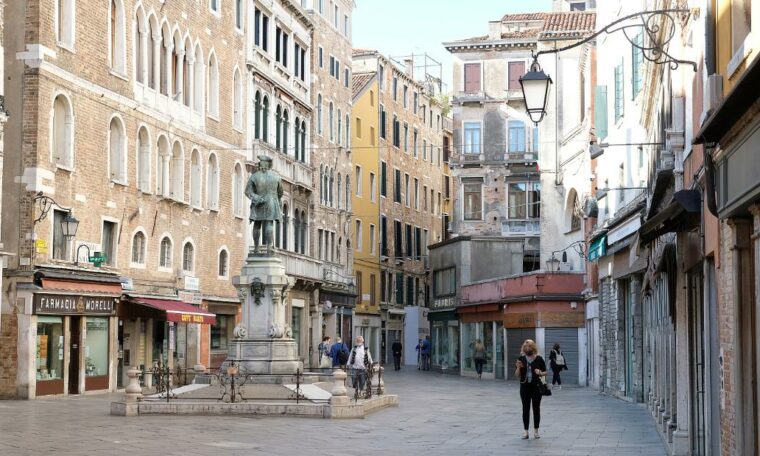 The EU unemployment rate rose to 6.6% in April from 6.4% in March, Eurostat, the European Union’s statistical office, said on Wednesday.

Job loss was not distributed evenly across all EU countries. The unemployment rate in Spain, which was strongly affected by the coronavirus, increased to 14.8% from 14.2% the previous month. Meanwhile, Germany kept its unemployment rate stable at 3.5%, according to Eurostat.

Still, data indicates that Europe has been able to control unemployment while fighting its worst economic crisis since the 1930s. The European Commission predicts that GDP in the 19 countries that use the euro contract at 7.75% this year, a file.

Economists partially attribute the widespread reliance on short-term work programs, which encourage struggling companies to retain employees, but reduce their hours of work. The state then subsidizes a portion of your pay. In Germany, for example, the government covers between 60% and 67% of the payment for hours not worked.

Programs of this type have been popular in Europe, where it is more difficult to hire and fire workers, and many employees are covered by collective bargaining agreements. They are used less frequently in the United States, where unemployment reached 14.7% in March.

At the end of April, companies in the European Union had submitted approximately 42 million applications to support workers through short-term work programs, according to a study by the European Trade Union Institute. That equates to almost 27% of all EU employees.

But UBS economist Anna Titareva says labor market surveys may not be capturing the full extent of the harm to EU workers. The survey surprisingly shows that unemployment in Italy fell to 6.3% from 8% in March.

“It appears that some people who lost their jobs after the introduction of mobility restrictions were not counted as unemployed,” Titareva said in a research note.

To be considered unemployed for the purposes of the EU survey, a person must actively seek work and be ready to start a new job in the next two weeks. Restrictions on movement or continued child care needs may have forced people to wait to find work, Titareva said.

In the future, a lot depends on the length and scale of the economic downturn. Europe’s short-term work programs work well as interim measures, but can only be used on a temporary basis.

“Since the recovery is likely to last for quite a long time, unemployment will rise significantly, although short-term work will help production recover more quickly once demand returns,” Colijn said.