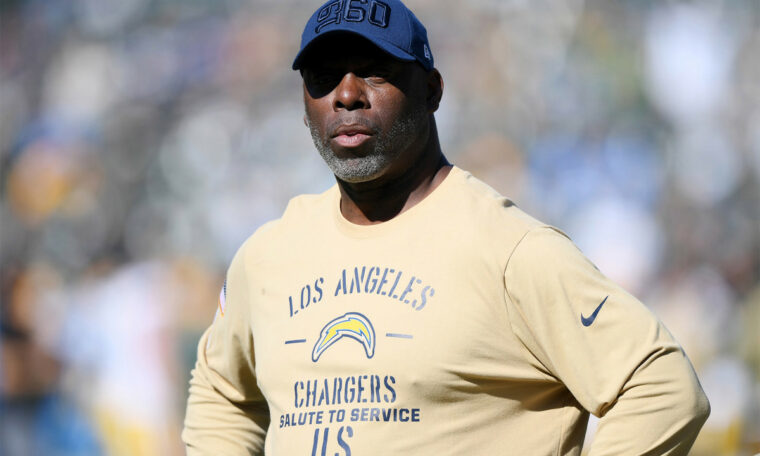 Anthony Lynn, one of the four minority head coaches in the NFL, has not released a statement like so many other sports figures including protests and riots across the country following the death of George Floyd, a black man.

And there is a reason for that.

You want to help make a difference, but that doesn’t mean posting a few words on social media.

“How do we make that kind of change? Where’s the responsibility for that kind of [expletive]? The Chargers coach said in an interview. with the Los Angeles Times. “That’s where I am right now. I’m angry, I’m angry, and I don’t want to just make a nice statement.”

Floyd, 46, died while in police custody on May 25 in Minneapolis. His death has sparked outrage among the black community, causing many to speak out against social injustice and police brutality. While on the ground, Police Officer Derek Chauvin leaned on Floyd’s neck with his knee for more than eight minutes. He faces charges of murder and third-degree involuntary manslaughter, and has since been fired.

“I have done nothing to make this a better place for my son,” said Lynn, 51. “I remember having a conversation with him when he was 16 about how to handle the police, and then at 30, I called him and just spoke to him again because I am very scared.” I want to do something, but to be honest with you, I don’t know what that is. “

In Floyd’s case, Lynn’s biggest problem was the three officers who did nothing, who only saw the man lose his life for no apparent reason. Those three officers were also fired, along with Chauvin.

“The guy who did it, yeah, he’s a [s–t], but the three that stayed and did absolutely nothing … I’m surprised by that, “he said.” I see it happening in all organizations. I see good people who say nothing and do nothing, allowing this to happen. “

Lynn, who participated in a protest in Huntington Beach, California, also raised the issue of Colin Kaepernick. Kaepernick has been out of the league since March 2017 after protesting police brutality by kneeling down during the national anthem. The problems facing the country now are the same ones that Kaepernick was trying to bring to light.

“I know that when you look at 32 quarterbacks in the National Football League, Colin could have been one of 32,” said Lynn. “If not, it could have been a quality endorsement. For me being an African American head coach, this is difficult. “