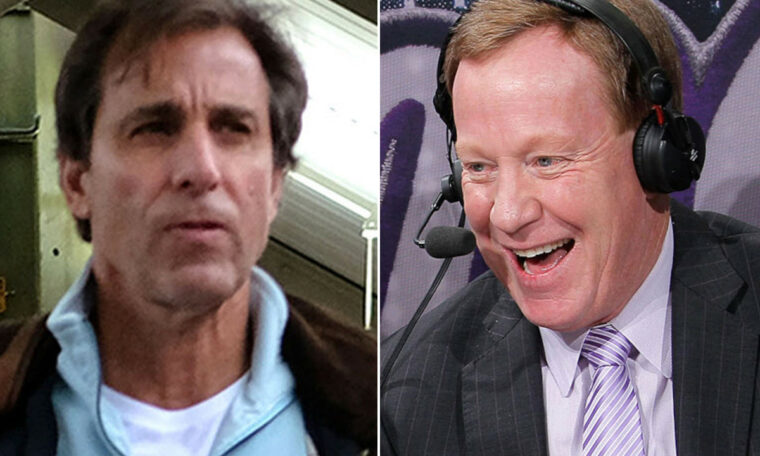 Chris “Mad Dog” Russo said NBA presenter Grant Napear, who was fired from one job and quit another after his “All Lives Matter” tweet amid George Floyd protests, was not racist.

Russo, who has known Napear since “1965-66”, said that others who know Napear at different periods of his life may have a different opinion, but the man he knows is not a racist.

“I have known Grant personally for 54 years,” Russo said on his Mad Dog Sports Radio show in a clip provided by Funhouse’s Twitter account. “To say that Grant Napear is racist is absurd. In my knowledge of him … Grant Napear, trust me when I say this, this is me, it is anything but racist. ”

On Tuesday, Napear, a graduate of Syosset High School on Long Island, was fired by Sports 1140 KHTK in Sacramento and resigned as the Kings game television presenter.

Napear, a graduate of Syosset High School on Long Island, tweeted “All lives matter … Everyone!” on Sunday after former Kings star DeMarcus Cousins ​​asked the 60-year-old for his opinion on the Black Lives Matter movement.

Napear on Monday issued a apology posted by the Sacramento Bee.

“[I was] not as educated in BLM as I thought, “he said. “I had no idea that when I said ‘All Lives Matter’ it was contrary to what BLM is trying to convey.”

Mad Dog Russo addresses the “absurd” notion that his old friend Grant Napear is racist. Napear had been the play-by-play presenter for the Sacramento Kings until he was criticized yesterday for his “All Lives Matter” tweet. pic.twitter.com/WfLVTzVOmB

People who use the phrase “All lives matter” are widely believed to be mocking the group, which started in 2013 as a movement against systematic racism and police brutality.

See also  Christian Vasquez will play in the Winter League

Floyd, 46, died May 25 in Minneapolis after police officer Derek Chauvin, 44, pressed his knee to Floyd’s neck for more than eight minutes after Floyd was suspected of having spent a counterfeit $ 20 bill. Chauvin has been charged with third-degree murder and second-degree manslaughter.