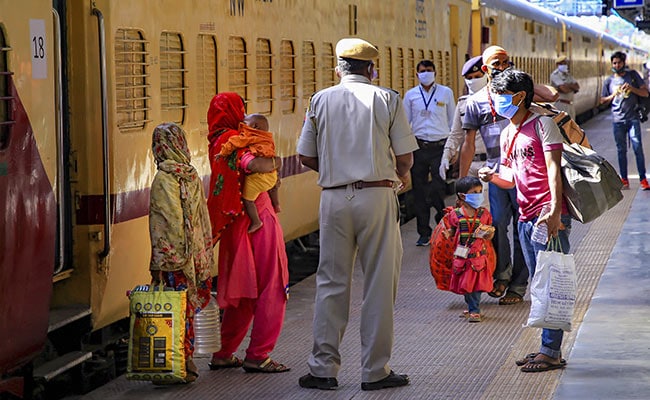 61 people have been arrested and two separate cases filed by the Railway and Assam Police after migrant workers, returning aboard a special Shramik train from Mumbai, pulled the emergency chain to jump off the train to avoid the quarantine period.

The train was traveling from Mumbai to Dibrugarh when migrant workers decided to pull the Lokmanya Tilak Shramik train chain near the Hojai train station in Lower Assam on Tuesday at midnight.

Of these passengers, one was arrested at the Hojai market after he disappeared from the train.

Of the 56 passengers, 31 are from Murajhar, 16 from Lanka, 2 from Jamunamukh, 2 from Hojai and 4 from Doboka, police sources added.

The incident created panic at the Hojai station when these workers came from Mumbai, the city most affected by COVID-19. Mumbai has more than 40,000 coronavirus cases, and thousands of migrants have left the city to return to their home states.

Assam has recently witnessed an increase in coronavirus cases. Up to 111 more people tested positive for COVID-19 in Assam on Wednesday, bringing the total number of cases in the state to 1,672. There are 1,328 active cases in the state. While 337 people recovered, four died and three migrated out of state.