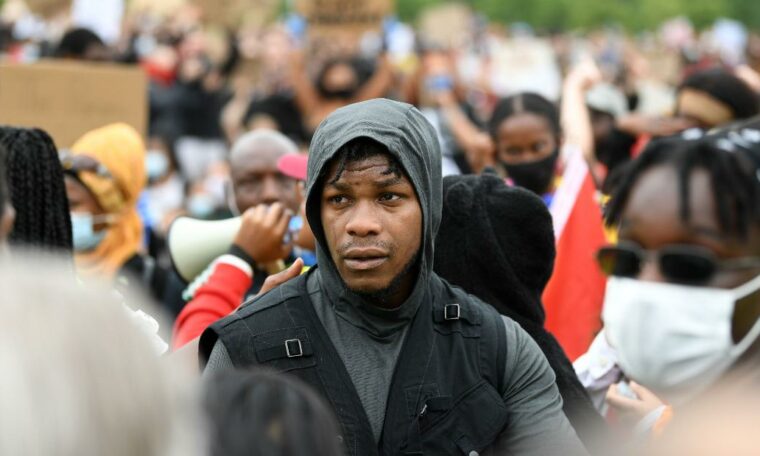 The star made an emotional speech in a megaphone as thousands of people passed through Hyde Park, marching in solidarity with protesters in the United States.

“Every black person understands and realizes the first time they are reminded that they are black,” Boyega added, occasionally stopping to fight tears during the speech. “You remember. Every black person here remembers when someone else reminded you that you were black.”

Crowds braved bad weather to gather at the central London protest, following the example of activists who demonstrations organized in the United States for more than a week in response to the murder of Floyd at the hands of a Minneapolis police officer.

The British-Nigerian actor listed the names of several black men killed by the police in the United States, as well as those of Stephen Lawrence, a British black teenager killed in a racially motivated attack in 1993, and Mark Duggan, whose shooting in 2011 Police sparked protests and then riots across the UK.

“This is so vital,” said Boyega. “I need you to understand how painful this shit is.”

“It is very, very important that we maintain control of this movement and make it as peaceful as possible,” he added. “They want us to be wrong.”

And then he specifically addressed black men, urging them to “take care of our black women.”

Protesters have been participating in demonstrations across Europe and around the world in recent days, both in solidarity with the American protesters and to highlight racism in their own countries.
See also  Olivier Roosting signs Netflix's first fashion collaboration with Palmine