Home Sports Denver Broncos head coach: “I don’t see racism at all in the NFL” 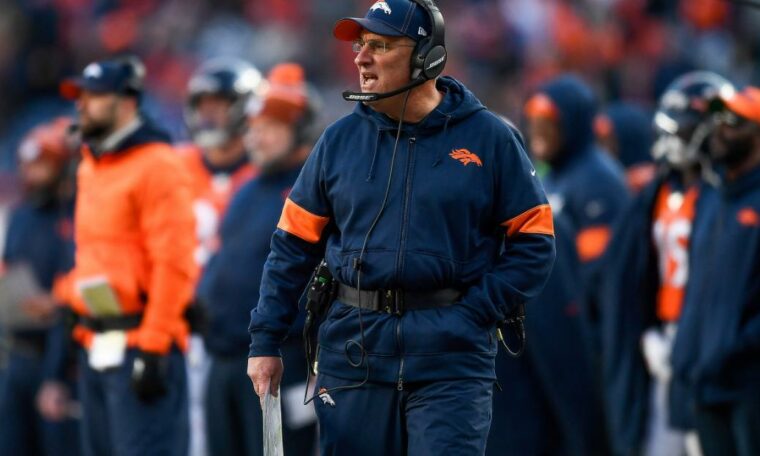 “I don’t see racism at all in the NFL. I don’t see discrimination in the NFL,” added Fangio. “… We are fortunate. We all live together, united as one, by a common goal, and we all mix and mingle tremendously. If society reflected an NFL team, we would all be great.”

Fangio’s comments came as the protesters reached their eighth day protests over the death of George Floyd in police custody. Fangio called Floyd’s death “a social problem that we all must unite to correct.”

Of the 32 teams in the NFL, only four have a non-white head coach. Of the five head coach vacancies in the offseason, only one was filled by a non-white person when Ron Rivera, who is Hispanic, was hired by Washington. Only two of the current general managers are minorities.

The NFL has come under fire for its response to the former 49ers quarterback. Colin Kaepernick kneeling during the national anthem during the 2016 season to protest police brutality and racial injustice. When Kaepernick became a free agent in 2017, neither team offered him a contract and accused team owners of colluding to prevent him from signing.

On May 19, the NFL announced the implementation of improved diversity policies and an expansion of the Rooney Rule, which requires teams to interview a minority coach every time a head coach opens.

Minority and female applicants should also be included in the interview processes for senior positions in the main office, such as club president and senior executives in communications, finance, human resources, legal, soccer operations, sales, marketing , sponsorship, information technology and security positions.