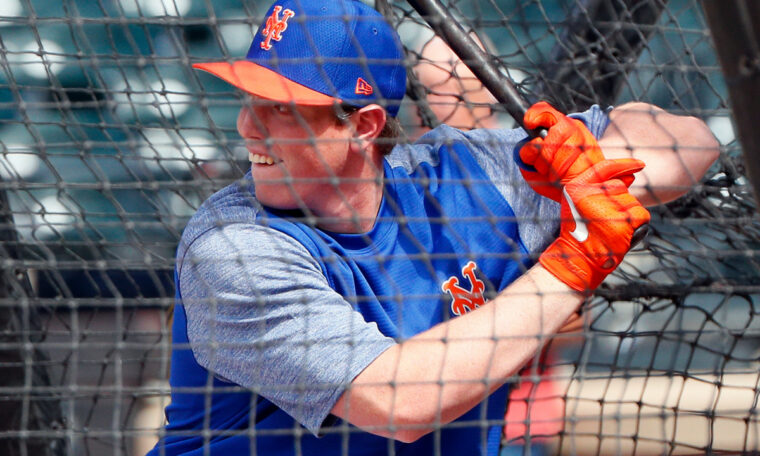 Part 4 of a series on the best prospects for the Mets.

It wasn’t until after David Wright’s career ended or he was close to concluding that the Mets were serious about finding their next homegrown third baseman.

At Brett Baty, the organization may have found that successor. Baty, selected by the Mets in the first round of last year’s draft (12th overall) at Lake Travis High in Austin, Texas, brings a powerful left-handed bat and a strong pitching arm to the equation. He entered this year as one of the Mets’ best position player prospects, joining shortstop Ronny Mauricio and Andrés Giménez, and catcher Francisco Álvarez.

Two years before recruiting Baty, clear that Wright would have a hard time coming back from the debilitating injuries that shortened his career, the Mets used their second-round pick on Mark Vientos, a power batting shortstop who was switched to third base and spent last season at Bajo-A Columbia.

Baty spent most of last summer at rookie-level Kingsport, and in 52 games had a .234 / .368 / .452 diagonal line with seven home runs and 33 RBIs. Baty ended the season playing five games for Brooklyn Class A while the Cyclones were chasing a playoff spot. In the postseason, he was 3-for-9 (.333) at the plate.

Listed at 6-foot-3 and 210-pound, there was concern last season about Baty’s mobility around third base, but the appearance of the 20-year-old upon arriving at camp this spring may have bolstered his stock.

“He put himself in tremendous shape and that always impresses me,” said one Mets talent screener. “You come out of a season and someone says, ‘Hey, look, make sure you’re in good shape next spring,’ and this kid comes in and has lost 15 pounds and looks better and moves better and that impresses me.

“Good bat, very good swing and he’s another guy, you have to let him go play.” He’s going to catch up, he has good skills, great presence. “

From the Mets’ perspective, Baty would ideally make it to the major leagues by 2023 or 2024. That would coincide with the expiration of Robinson Cano’s contract, perhaps allowing Jeff McNeil to play second base full time, with Amed Rosario, Mauricio or Giménez at shortstop. McNeil’s versatility could also put him in the outfield.

Baty arrived last summer as part of a strong Mets draft class that included pitchers Josh Wolf and Matthew Allan in the second and third round, respectively. Allan was considered a first-round talent, but slipped into the draft out of concern about whether he would sign. Baty was the second third baseman selected in last year’s draft, behind Josh Jung of Texas Tech.

“[Baty] He has impressive discipline in the strike zone and does an excellent job of getting pitchers to get close to him, “Mets executive director of player development Jared Banner said in an email.” He has impressive gross power. that allows him to get the ball out of the stadium to all the fields. “

Baty’s athleticism only adds to her intrigue. A standout of three high school sports, he can dip a basketball and in soccer he was recruited by Division I schools as a quarterback.

“He is a high-quality child with an impressive work ethic and competitiveness,” Banner said. “He is a great example for his teammates.”