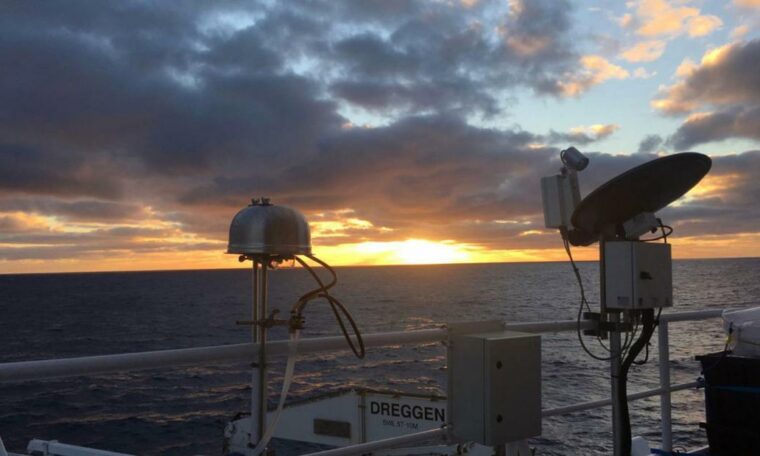 In a first study of the bioaerosol composition of the Southern Ocean, researchers at Colorado State University identified an atmospheric region that remains unchanged by human activity.
Climate and climate are closely linked, connecting each part of the world with other regions. How Climate changes Quickly due to human activity, scientists and researchers struggle to find a corner of Earth that is not affected by people.

However, Professor Sonia Kreidenweis and her team suspected that the air over the Southern Ocean would be the least affected by humans and dust from the world’s continents.

The researchers found that the air in the boundary layer, which feeds the lowest clouds over the Southern Ocean, was free of aerosol particles produced by human activity. – including the burning of fossil fuels, the planting of certain crops, the production of fertilizers and the elimination of wastewater, or transportation from other countries in the world.

The air pollution It is caused by aerosols, which are solid and liquid particles and gases that are suspended in the air.

The researchers decided to study what was in the air and where it came from, using bacteria in the air as a diagnostic tool to infer the properties of the lower atmosphere.

Scientific researcher and study co-author Thomas Hill explained that “the aerosols that control the properties of SO (Southern Ocean) clouds are strongly linked to oceanic biological processes, and that Antarctica seems to be isolated from the dispersion of microorganisms towards the and the deposition of nutrients from southern continents, “he said in a statement.

“Overall, it suggests that SO is one of the few places on Earth that has been minimally affected by anthropogenic activities,” he added.

Scientists sampled air at the level of the marine limit, the part of the atmosphere that has direct contact with the ocean, aboard a research ship that travels south to the edge of Antarctic ice from Tasmania, Australia. Scientists then examined the composition of microbes in the air, found in the atmosphere and often dispersed thousands of kilometers by the wind.

Using DNA sequencing, source tracking, and backtracking trajectories, scientist and first author Jun Uetake He discovered that the origins of microbes were from the ocean.

From the bacterial composition of the microbes, the researchers concluded that aerosols from distant land masses and human activities, such as pollution or emissions from the soil caused by the change in land use, did not travel south. and into the air.

Scientists say the results show a big difference from all other ocean studies in both the northern and subtropical hemispheres, which found that most microbes came from upwind continents.

In the study, published Monday in the procedures of the National Academy of Sciences Daily, scientists described the area as “truly pristine.”

Air pollution is already a global public health crisis and kills seven million people each year, according to the World Health Organization (WHO).

Studies have shown that air pollution increases the risk of heart disease, stroke and lung cancer.

More than 80% of people living in urban areas that monitor air pollution are exposed to air quality levels that exceed the limits of WHO guidelines, the health organization said, and low-income countries and Mediums suffer the highest exposures.

However, as studies have shown, air pollution can cross geographic boundaries, and affect people hundreds of miles away where it originated from.
See also  Microsoft (MSFT) earnings Q4 2020