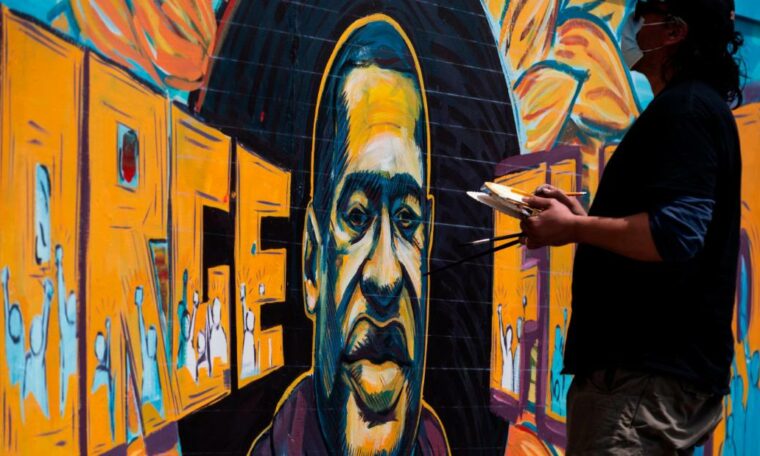 Music executives Jamila Thomas and Brianna Agyemang spearheaded the effort to shut down normal business operations on June 2 through their #theshowmustbepaused initiative.

It appears that a Twitter account linked to the group was created on Sunday, in the middle of a weekend that saw communities across the country protesting the killings of George Floyd and others by the police.

In a letter explaining the effort published in his Official siteThomas and Agyemang said it is “in observance of the longstanding racism and inequality that exists from the boardroom to the boulevard.”

Artists like the Rolling Stones, Quincy Jones, and Billie Eilish have said they will observe the day. Various artists have also canceled listening parties or fan events in response.

“We will not continue to do business as usual without taking into account the lives of blacks,” wrote Thomas and Agyemang. “Tuesday June 2 is intended to intentionally interrupt the work week.”

Exactly what that will really look like will vary from company to company and person to person. But participants are encouraged to forgo emails, music releases, and any other normal business operations.

On MTV, Chris McCarthy, president of ViacomCBS Entertainment & Youth Group, told employees in an internal email obtained by CNN that the company “will focus our attention outside of work and on our community.”

“We will not hold any meetings or conduct business, but rather will stand in solidarity with our African American colleagues and loved ones across the country,” he wrote.

See also  July 2021 is the hottest month on earth

On Monday, ViacomCBS networks, including MTV, Comedy Central, Paramount Network and Pop, will shut down for 8 minutes and 46 seconds in honor of Floyd, the Black Lives Matter movement “and other victims of racism,” McCarthy wrote.

They also provided a list of resources against racism.

“This is not just a 24-hour initiative,” added Thomas and Agyemang. “We are and will be in this long-term fight.”