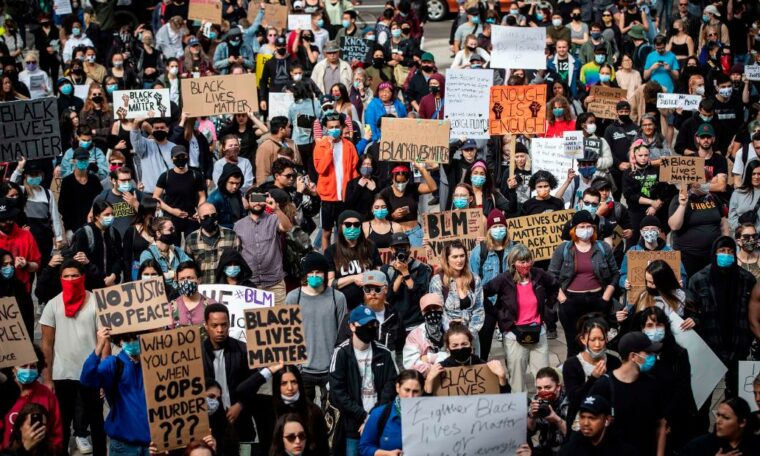 Over the weekend, protesters gathered in London, Berlin, and Auckland, among other cities, to protest police brutality in solidarity with American crowds.

Some participants marched to the United States Embassy in the capital area, Nine Elms.

Chants of “without justice, without peace” were heard on the streets of Copenhagen on Sunday as protesters marched for Floyd’s death. Some protested in front of the United States Embassy in the Danish capital.

In Milan, crowds held a flashmob near the city’s American consulate on Thursday.

Protests over Floyd’s murder took place in multiple locations in New Zealand on Monday. Thousands of people held demonstrations and vigils in places like Auckland, Wellington and Christchurch.

Several protests also took place in Canada over the weekend, when crowds demonstrated against the alleged police brutality.

On Saturday, protesters in Toronto chanted slogans associated with the Back Lives Matter movement.

And on Sunday, thousands gathered in Vancouver in a show of solidarity with American protesters.

More international demonstrations are expected in the coming days, as unrest in the United States continues over Floyd’s death.

At least three demonstrations have been planned in various Australian cities. One is scheduled in Sydney on Tuesday, one for Brisbane on Saturday and one for Melbourne on Saturday,

Thousands have been marked as attendees on each of the Facebook event pages of the protests.