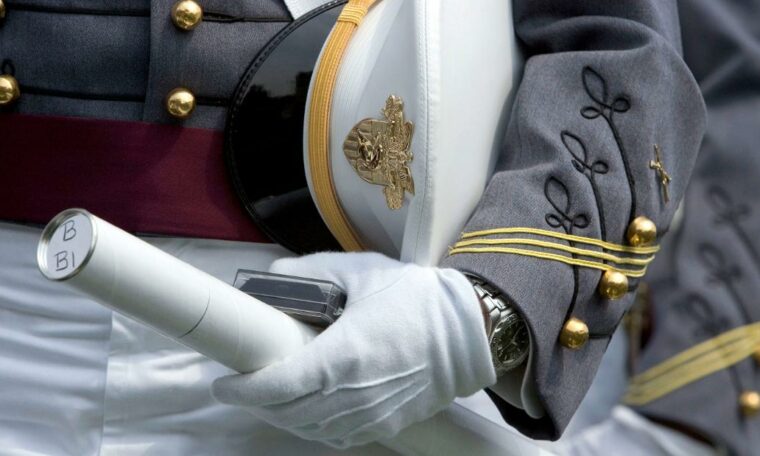 “About 1 ½ percent” of the Class of 2020 that were brought back tested positive, the spokesperson told CNN on Sunday. None of the infected cadets was symptomatic, the spokesperson said, adding that “no cadet has contracted through person-to-person contact while under Army care” and that the infected were isolated. The graduating class size is approximately 1,000 cadets.

“The Army and West Point have meticulously planned to ensure the health and safety of cadets returning from the 2020 Class of the US Military Academy. There are mandatory exams for everyone and we have had a small number, around 1 ½ percent, – Positive test, “said the spokesman. “This was anticipated. None were symptomatic, and no cadet has contracted through person-to-person contact while under Army care. Those who test positive are isolated and receive adequate care and attention, while continuing reintegration orderly of our cadets. ” ”

In April, the President announced that he was heading to the West Point graduation ceremony to be held on June 13. His decision to do so was criticized for putting the cadets’ health at risk. West Point said In a statement in late April, the graduation procession “will look different from recent graduation ceremonies due to current force health protection requirements” related to the coronavirus pandemic.

The West Point campus is located in New York State, which has been the state most affected by the coronavirus pandemic so far. The cadets had been off campus since early March.